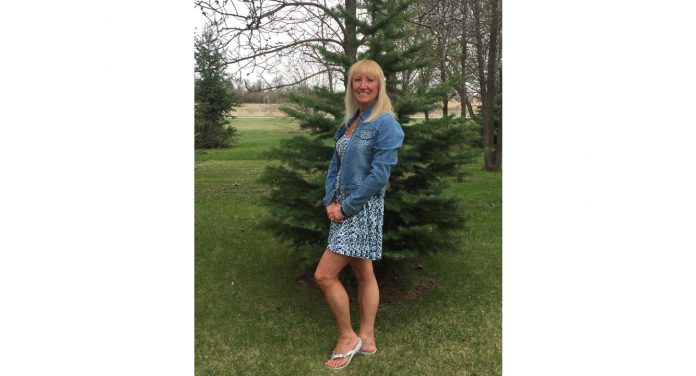 Bonnie Lawrence is the author of the book ‘Aruba Heat’ that has been released recently. “We visited Aruba in February (our third trip). We are truly in love with the tiny island.  It was like revisiting Aruba when I wrote the book and it took my mind off everything else going on in the world.”

Although it usually takes her about five months to write a book, this one only took a month since she was in lockdown with very little else to do. “My books usually use a few real businesses (always in a fictional way); places that I have visited and loved. I’m trying to inspire my readers to visit the locations I write about.”

Ryan Jensen loves being a cop in Aruba, with the job reflecting the laidback attitude of the island.  The slow pace that he is used to is shaken when one woman is attacked, and another ends up dead.  His anxiety on high alert, he races to protect the island that he loves and the woman that has intrigued him more than any other. Megan has reluctantly agreed to a trip to Aruba.  She suspects that her casual boyfriend is about to propose marriage and she knows that she’ll have to turn him down.  Despite her misgivings, she finds herself packing for the trip.

Roxy, a tattoo artist from New York and her friends are off to Aruba for a girl’s getaway.  Roxy is concerned that being in such close quarters with the other two might lead to her biggest secret being revealed and she’s worried about how her friends might react.  All that is forgotten when tragedy strikes. Anthony Bellamo, a suspected crime boss has bowed to pressure from his wife to take her and their daughters to Aruba for a vacation.  Unfortunately for him, his mistress has found out about the trip and is insisting that he takes her as well.  He reluctantly agrees and he is left wondering how he will juggle the two women.  The trip gets even more complicated for Anthony when one of his employees becomes a suspect in a murder case, dragging the whole family into the limelight when they prefer to stay in the shadows. The race is on to find a killer before someone else dies.

Lawrence resides in the prairies in Canada, with her husband.  Although she has always enjoyed writing, her creative juices were ramped up after a trip to the Big Island of Hawaii.  “I published my first book, ‘Big Island’, in 2012 and have since written 13 more.  All my books have been inspired from my travels.  I have a series based in Maui, a series based in Florida, a couple of books based in Canada and my newest series, ‘The Caribbean series (first book in this series is based in Dominican Republic and the second in Aruba…third, which I’m currently writing, is in Curacao)”.