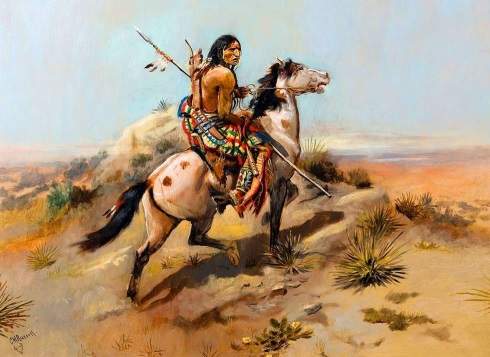 There are many documents that refer to Savaneta as a place to throw anchor, were you could get to shore using a small boat. There was a small beach where a native chief, ruler over a village, assisted by his lieutenants from the surrounding area resided. It was precisly the reason that the Spaniards befriended the Amerindian, in order to start a settlement there.

From documents as such we obtained the following information, that as early as 1727 this spot bore the official name of Commanders ‘ Harbour, or Comanduers Baai and that the Dutch commander had his dwelling-house in the neigbourhood where the chief used to have his larger communal house and his personal Bohio or smaller house. So the only logical explanation is that the bay was thus called simply because of the Commander resided there, to distinguis it from Horses’ Bay, where the horses were disembarked, and from the Bay of Westpunt an other settlement in the vicinity of Noord, where the other Indians lived. Despite the fact that the name of the commander in question is not mentioned in the 1727 document, he should have been no other than Willem Jansz, who appears from official records, was commander from 1714 to 1739. But it is not sure if there were more than one Willem Janz or Janzoon.

Continuing our story. After the peace of 1648 the activities of the Dutch concentrate more than ever on Curacao. Bonaire’s importance as well is decreasing. Contacts between Aruba and Curacao were scarce. The company bothered little about Aruba, but that there was some communication after all, is proved by the presence of a company ship off Aruba in 1659. There is a valuable description extant of Aruban life about the middle of the seventeenth century. The pirate Henry Morgan, the later lieutenant-governor of Jamaica, was commissioned in 1668 by Sir Thomas Modyford, governor of that island, to cruise against the Spaniards so as to obtain intelligence about a Spanish attack on Jamaica. Morgan acted like a true buccaneer. He took Puerto Principe and Porto Bello. One of his pirate endevours as many was recorded by, A.O. Exquemelin, in the adventures of this voyage to Aruba on record. To this story we owe our principal information concerning life on Aruba in the second part of the seventeenth century. “Morgan put to sea and laid his course for the island of Curacao: having this in sight he proceeded to leeward, to Ruba, which is an island about twelve miles from the westerly point of Curacao, and belongs to the West India Company of Dutch, who appoint a sergeant there as governor with fifteen soldiers. Further the island is inhabited by Indians speaking Spanish and Caquetio, and who, as to religion, are subordinate to the Spaniards; every year a Spanish priest comes there, from a village opposite it on the Mainland, named Coro, who preaches to them, and administers the Sacraments in the Roman fashion. These native arubans traded with the robbers who arrived at their costs and exchanged sheeps, goats, horses corn, beans, manioc, pumkins and peanuts for linen, yarn, tools, weapons or something else that they needed. Aruban natives also provided their brothers with items not available on the mainland at the Spanish colonies from time to time. The island is not fertile, but very barren, and mostly overgrown with Brushwood. There is a great quantity of sheep and goats, which the inhabitants use for their sustainance together with Spanish wheat, which they sow there. There are also many horses, which the inhabitants use, for whatever they do on horseback, even though they go but five hundred yards from their houses to fetch water. Many rattlesnakes and spiders which are very venomous lifed here and whenever someone is bit by this vermin he is put tied up in a hammock, remaining in it for twenty-four hours without food and drink. The inhabitants affirm that when a man is bit by these beast he must obstain from drinking, or he will die.

Discover an Aruba that no other could share with you and take your experience home with you. Our renowned indigenous and educative session has been entertaining curious participants for decades. Mail us at etnianativa03@gmail.com to confirm your participation. Our facilities are close to the high rise Hotels area.