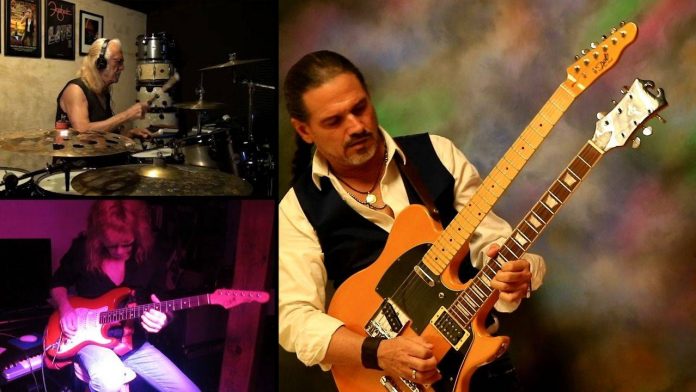 You might bump into him soon again while he is performing at one of the resorts of Aruba and enchants you with his guitar: the Venezuelan-born, Aruban-based Ernesto Ferro. He recently launched the video: “Imagine” where he performs John Lennon’s song together with big names of musicians from the world of Rock ‘n Roll. A musical message in these challenging times to imagine a better world.

Collaborating musicians are: Roger Earl – drummer and founder of the British rock group FOGHAT, Jim Gordon – piano and strings arranger who performed on John Lennon’s Rock and Roll album and played with The Band, Rod Stewart and Tina Turner, Richie Ranno – guitarist of 70’s heavy metal band Starsz, Tom Croucier – bass player in Dokken, Santana and The Scorpions and Ivan Valles who is a music producer, graduate in music Berklee College and mixed and mastered the song.

The video is a rendition of the song “Imagine” and Ferro hopes to bring some positivity, peace and harmony in these challenging times of COVID-19. Musicians all over the world have a hard time right now, but it would be worse if they are not able to express their creativity, is the opinion of the musician. “I love Aruba and I wish to share some positivity with the people.”

Ferro has travelled the globe and picked up the influences of the many different cultures he encountered. His first love is hard rock explaining his connection to musicians from bands like Metallica, REO Speedwagon, Queen, The Scoropins and Starz among others. He started playing guitar with 11 years old, inspired by his father who was an Italian violin maker.

To watch the video on YouTube: https://youtu.be/Qs1mV4rMRkw Ernesto Ferro & Friends.

When the world is grieving