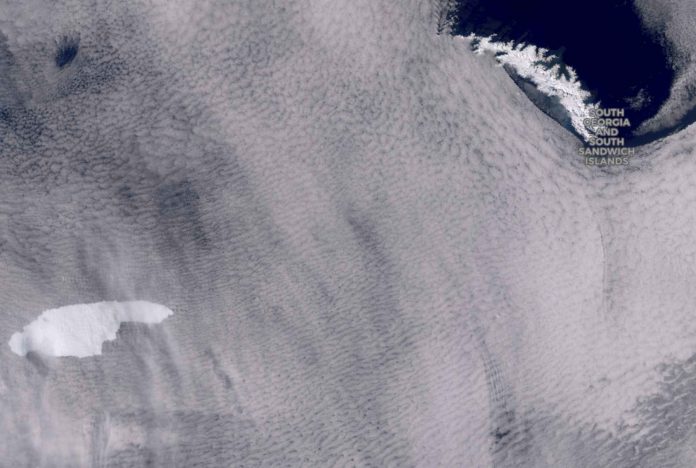 A giant iceberg the size of the U.S. state of Delaware is floating toward the sub-Antarctic island of South Georgia, raising fears it could indirectly endanger young wildlife.

The British Antarctic Survey said Wednesday it is concerned the iceberg may run aground near the island, preventing land-based marine predators from reaching food supplies and returning to their offspring.

Professor Geraint Tarling, an ecologist with the Antarctic Survey, said it is the time of year when seals and penguins are tending to pups and chicks. The distance penguin and seal parents have to travel to find food is important.

“If they have to do a big detour, it means they’re not going to get back to their young in time to prevent them starving to death in the interim,” he said.

The giant iceberg, named A68, has been floating north since it broke off from the Larsen C ice shelf in July 2017, the Antarctic Survey said.

South Georgia, located in the southern Atlantic Ocean, is a British overseas territory,