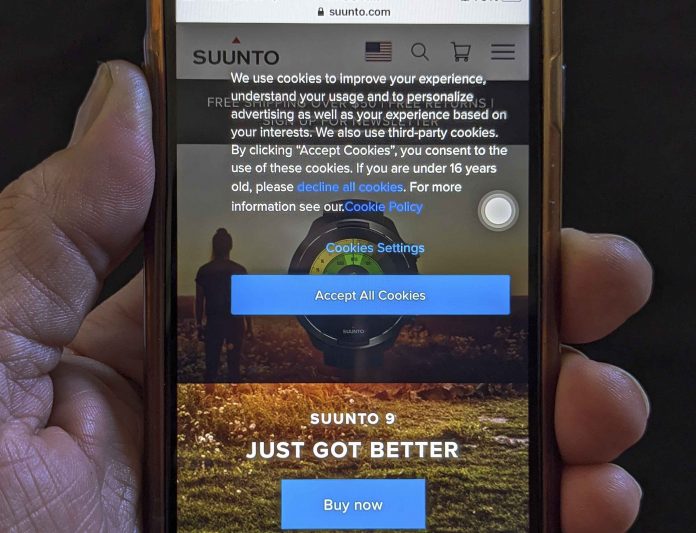 In the state that is home to Silicon Valley and serves as the headquarters for Google, Facebook and other tech titans, voters strengthened data privacy protections by approving a ballot measure that supporters tout as a model for other states.

California became the first state to pass a sweeping digital privacy law in 2018, viewed as the strongest of its kind in the United States. It gave Californians the right to know what information companies collect about them online, get that data deleted and opt out of the sale of their personal information.

Proposition 24 is aimed at expanding that law and closing some of the loopholes that big businesses have found to get around it, supporters say.

The measure had more than 56% support out of over 11 million votes tallied Wednesday.

“We will now be able to stop businesses from using our most intimate, most personal information — our health information, our religion, our sexual orientation, our race,” said Alastair Mactaggart, a San Francisco real estate developer who led support for the 2018 law and is behind the effort to update it. Proposition 24, he says, will “put a floor under privacy.”

The new measure triples the fines for companies that violate kids’ privacy or break laws on the collection and sale of children’s private information. It creates a dedicated state agency to enforce the new law, with an annual budget of $10 million.

“There will now be much, much more robust enforcement of the law,” Mactaggart said.

The measure was criticized by some privacy and consumer advocates who said it wasn’t tough enough on big business and made concessions that didn’t fully benefit consumers.

The Consumer Federation of California, one of the measure’s opponents, said Wednesday that big tech companies benefited from its passage.

“We will continue to champion the privacy rights of Californians, work with our allies to reverse the harmful portions of Prop. 24, and oppose its adoption as a model for the nation,” the federation said in a statement.

Supporters raised nearly $6 million, most of it from Mactaggart. The campaign to defeat the measure raised just $50,000.

Former Democratic presidential candidate Andrew Yang chaired the advisory board for expanding the law and says it would be a model for other states.