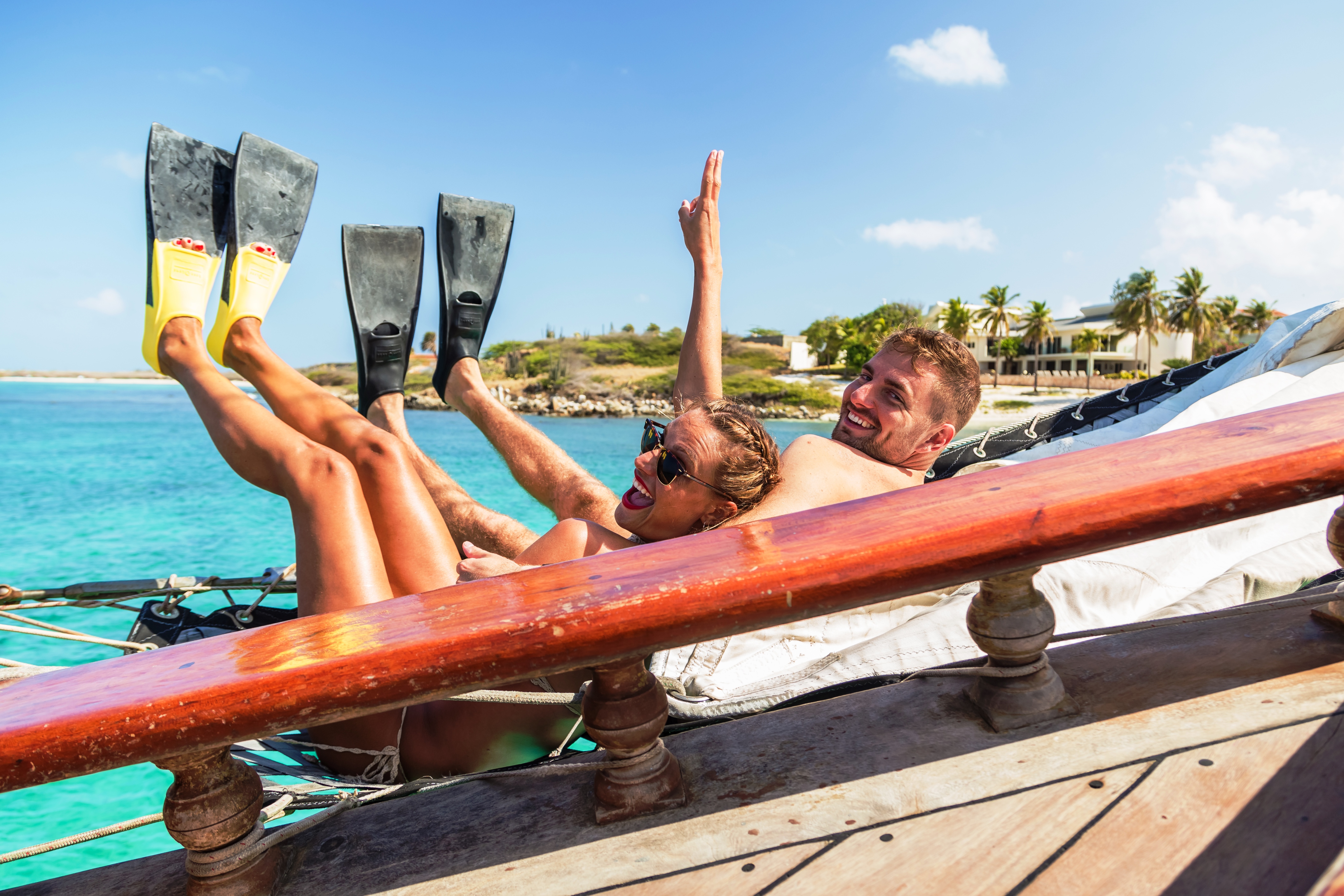 ORANJESTAD – New research suggests the “One happy island” of Aruba is the happiest island in the world, relative to size. Following a 5-year Happiness Index study conducted in partnership between Aruba Tourism Authority and the Rosen College of Hospitality Management at the University of Central Florida – results confirm 78 percent of the Aruban population is happy, while 76 percent also express longer-term satisfaction with life.

When compared to the 2016 World Happiness Report, commissioned by the United Nations to measure the happiness index of 157 larger countries, Aruba’s results rank higher than No. 1 Denmark at approximately 75.3 percent. “It’s important to note that while other Caribbean islands are included in the World Happiness Report, Aruba is the first and only Caribbean island to ever measure its own happiness index,” said Dr. Robertico Croes of UCF. “Over the past five years, we’ve collected a significant 2,000 surveys, stratified across four core groups in Aruba, and have seen the desired stability in the island’s happiness levels.”

Aruba’s famous brand – One happy island – has been around, with some interruptions, for nearly 40
years. But for Aruba, happiness is more than a trendy subject or tagline; it’s an inherit part of the island’s DNA that Aruba has committed to studying since 2011. “As the No. 2 most tourism-reliant nation in the world, Aruba greatly values the happiness of our local people – they are the heart and soul of Aruba and ensure the quality tourism experience that has defined our destination,” said Ronella Tjin Asjoe-Croes, CEO of Aruba Tourism Authority.

“We evaluate the success of our tourism not only by its tangible benefits, but also by intangible benefits including local happiness and life satisfaction, as that directly impacts visitor happiness.”
While the study reveals Aruba’s tourism is not the main driver of happiness, the successful industry
brings satisfaction to the local people and yields material benefits/resources the government and Aruba Tourism Authority use to perpetuate local happiness. Island-wide wellness initiatives and downtown developments including the Linear Park, for instance, inspire quality time with loved ones and personal fulfillment, which locals value most.

“Among all the destination research projects our university has conducted around the world, Aruba has been one of the most compelling islands to make inquiries about quality of life and happiness,” said Dr. Manuel Rivera of UCF. “Throughout the course of our studies we’ve confirmed Aruba’s people are generally happy with their quality of life as well as with the imperative connection between the destination and tourism. Happiness in Aruba can be seen as a self-fulfilling cycle, tourism development drives happiness for the residents which in turn results in happy tourists.”

As the exclusive Caribbean island to measure its happiness index, Aruba encourages nations of all sizes to follow suit. “It is important to measure the success of a country beyond economic indicators and to make happiness and well-being an integral part of our national dialogue and intent,” said Otmar Oduber, Aruba Minister of Tourism, Transportation, Primary Sector and Culture. “We would also like to see prestigious World Ranking Reports to incorporate ‘small island development states’ such as our One happy island, in its studies.”

Aruba’s approach to happiness already has caught the attention and support of The United Nations
World Tourism Organization. “We’ve reviewed the results of the study, which is in line with our methodology, and believe it merits attention on a worldwide level,” said UNWTO Secretary-General, Taleb Rifai. “We would like to see this model applied across other Caribbean islands and worldwide.”

Janice and Oslin Boekhoudt, more than 20 years teaching and entertaining...