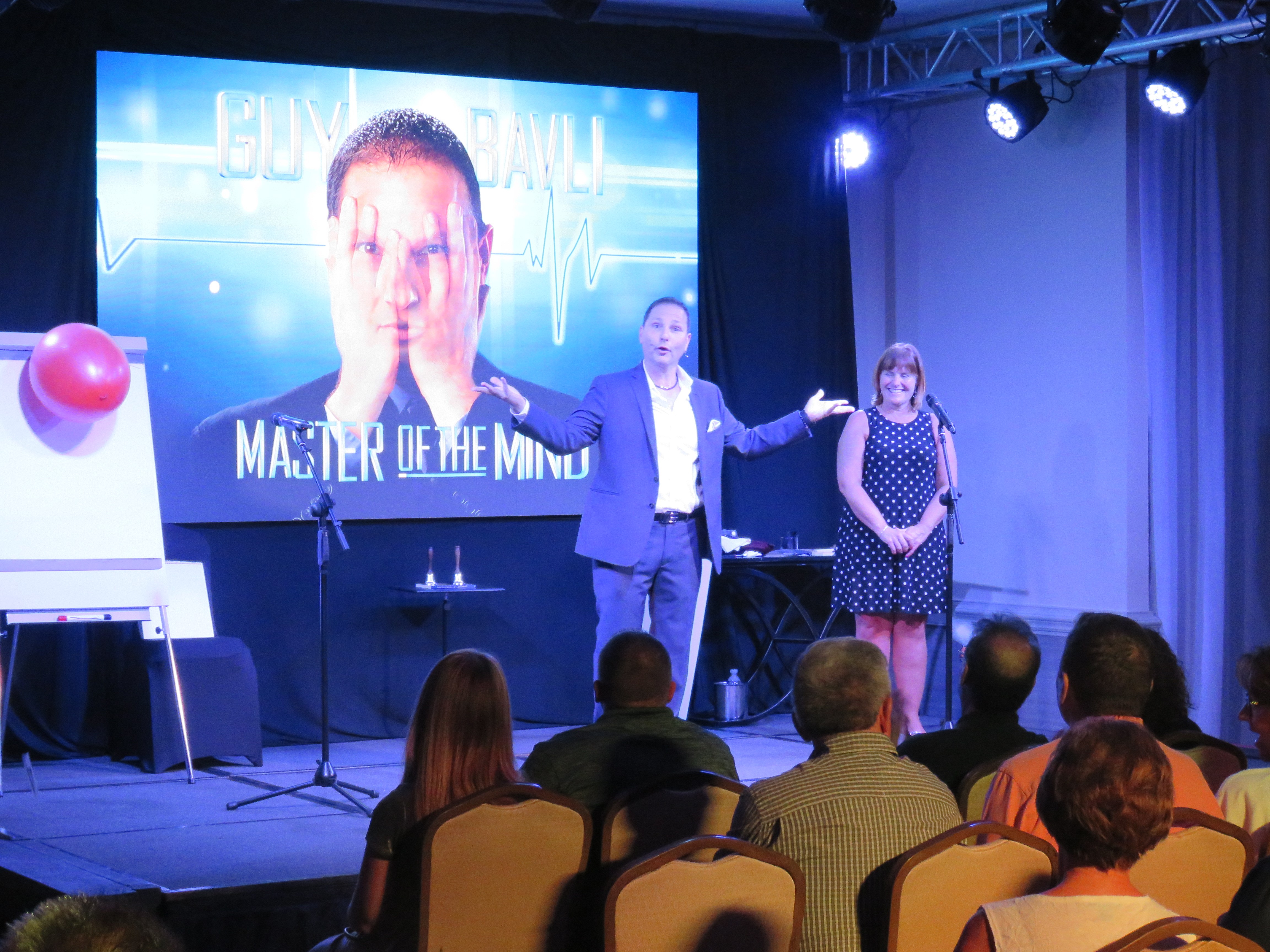 EAGLE BEACH – And you keep wondering … how does he do it, what did I miss, this must be a trick, or is it something else? We are talking about Guy Bavli’s show in Aruba. The Israeli mentalist, illusionist, and lecturer, also known as KINETIC MAN from Stan Lee’s Super Human. Aruba Today paid a visit to his show and it occurred that even after the show you try to figure it out. But you won’t. A guarantee for an unexpected evening!

The Grand Ballroom of Divi Resorts, just above Alhambra casino, is filling up with a mainly American audience as the show is in English. The bar provides in the fluid alcoholic or non-alcoholic needs, but you would like to keep your mind clear as this evening will be an interactive one. Bavli stands close to his public and keeps them participated while performing. There is a lot of fun involved, but the main part of the show is about connection. The couple that has been married for about 40 years for example. Bavli asks them questions and makes a magic connection. While the two are blindfolded and in clear distance from each other, the wife feels when Bavli touches her husband on the exact same spot. Another wow-moment is his kinetic act where he moves a broom that leans against a table and even has a man from the audience participating and performing a kinetic act.

The first part of the show is moreover general, while the second part contains a personal touch when Bavli talks about his childhood and how this triggered him to do what he does and be who he is now. He also elaborates about the sixth sense and that everybody has it, it is just a matter of believe and developing. The way he interacts with the public keeps you engaged and his charm of talking with a good dose of humor makes the show worthwhile visiting. Bavli starred in over 400 television shows, toured in 60 countries worldwide and headlined more than 1200 shows at Caesars Palace in Las Vegas. Now is your chance to see him in Aruba, every Tuesday & Wednesday (check dates and times for any changes) at the Grand Ballroom Alhambra Casino. Laughter is medicine, so come over and enjoy the show. It is funny, interactive, innovative and amazing. Divi Resorts welcomes you and your family (from 7 years old and up) to an experience!