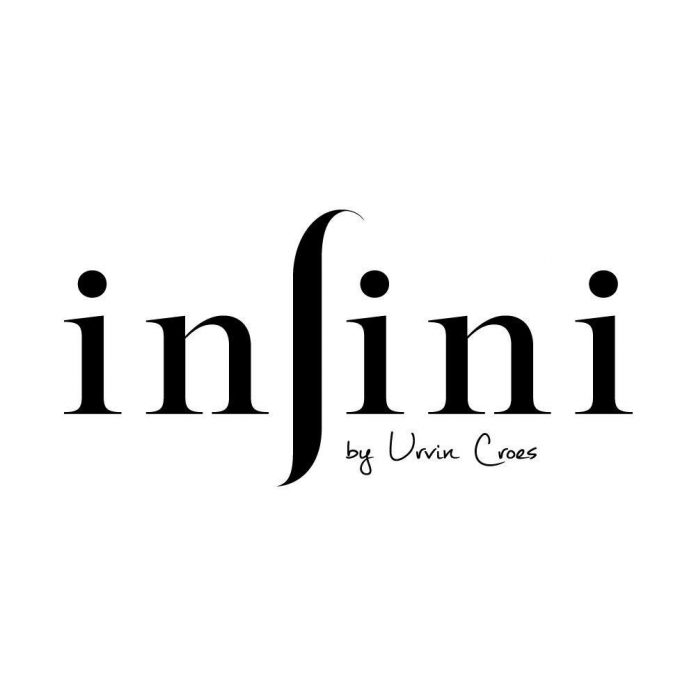 Last weekend, for three nights only, food lovers were treated to a unique four hands dinner at Infini Aruba with chef Urvin Croes and guest chef Jason Howard. The menu exploded with the highest level of Caribbean cuisine with the perfect wine pairings from Arion Wine Company to create an unforgettable experience. 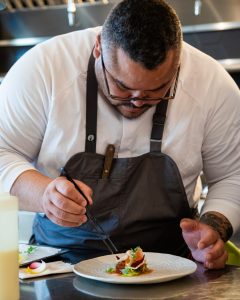 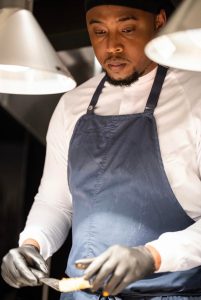 Chef Jason Howard, born in Barabados but currently based in London, was invited by Infini’s creator, chef Urvin Croes to join forces to present very lucking guests with a unique taste of Caribbean flavors.

Howard flew to Aruba especially to take part in the four hands dinner.

“We knew each other on social media, basically looking at one another’s food”, Howard commented. “To be honest it’s quite refreshing to find another chef that actually pushes the cuisine at the level that chef Urvin is. It was nice to see that there is someone else out who is pushing the Caribbean flavors.”

The menu for the four hands dinner consisted of eight courses, expertly paired with wines presented that night by Kailo Vrolijk from Arion Wine Company.

The dinner was presented with alternating dishes by each chef, starting with Amuses by chef Croes, which included Johnny Cake, Banana Bread, and Annato Tartlet, paired with a delicious Famiglia Pasqua Romeo & Juliet Prosecco Rosé.

The dishes presented by chef Howard included fresh Snapper paired with El Enemigo Chardonnay. “I had it to be pan-seared, but the quality of Snapper on the island is so beautiful, I said no, we can’t really tarnish that skin. So we basically steamed it in some lemon juice, we saved the fish broth and the bones, with some Scotch Bonnet oil that I brewed when I came in, and it was lightly torched. And with that we have some braised cabbage in Scotch bonnet”, he explained. The cabbage was a hit with the diners, with many wanting to know more about the technique used for the marinating and braising, which gave it a particularly delicious flavor.

The concept of Infini is that of a chef’s table, with seating around the serving table in a cozy environment with a privileged view of the cooking. This experience was precious even for chef Howard. “This is my dream, to be this intimate with the guests, to be speaking with the guests and have them see us finishing food, to prepare the food in front of them. So for me, this is a standard that I would like to get to, but I really was pushed to get to this standard of cuisine as well.”

As for surprising Aruban flavors discovered by Howard on the island, he said: “To see how the island uses cornmeal, and different types of cornmeal. We use cornmeal in Barbados, our national dish called Cou-cou, but to see here how simply cornmeal is used, and how delicious it is, it gives me something to work on as well. It was also amazing to see Dutch culture blended in the island as well, and all of this is something that gave me a lot of inspiration.” And chef Urvin also found surprising elements through his exchange with Howard. “Basically how I do my sauces”, Howard said. “My sauces are not anything that is taken from any cuisine anywhere else. There is a sauce I invented myself.” His sauce technique is based on Barbadian cuisine, and this influence is also felt throughout his dishes in his unapologetic use of the Scotch Bonnet. “When [Croes] saw the sauce, it was something that he was very excited about. We’ve shared and bounced ideas off one another.”

Four hands dinner also meant having two chefs in one kitchen, but it wasn’t a case of too many cooks spoiling the broth. “He’s very easy to work with”, Howard commented. “To be honest, if you were in the kitchen today with us, it wouldn’t feel like it was any chef, it felt like there was just comrades, just everyone has a say. People usually think that kitchens are manic, but today it was quiet, everyone sat down and we had dinner together, we talked, laughed.”

The event was planned twice and had to be cancelled twice because of the pandemic, and both those times it had sold-out. But third time was the charm, and the dinner finally took place with eagerly awaiting fans.

“People have been very encouraging on social media. Aruba is an island I never would’ve imagined was so culinary-inclined. Every place I’ve eaten here, the food has been amazing.” Howard also had compliments for the level of service on Aruba. “I’ve had service all over the world, and I would say that Aruba has the service standard that a lot of other islands would actually long for.”

From the sourdough bread baked locally by T2Pan, Chef Howard’s Amberjack to the beautifully plated Flower of chef Croes, guests enjoyed lamb, duck, and finished with a double-dose of dessert, with Croes’ black cake, a take on a traditional Aruban favorite, and Howard’s plantain soufflé, with a mind-bending sweet potato coffee shot, a delightful experience to remember.