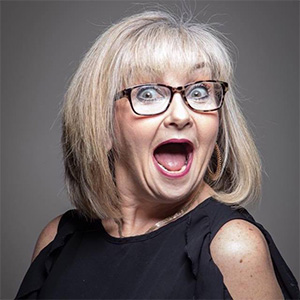 The “Aruba Ray’s Comedy” show features some of the funniest American standup comedians in a terrific 90-minute show, and Aruba Today was there and had a blast at the Casa del Mar Beach Resort & Timeshare. It all begins and ends with host Ray Ellin. You will be amazed with his quick wit, sharp tongue and hilarious observations of the public, memorizing every targeted person in the audience throughout the whole show. Three top comedians took care of a full laughter show where you forget all your worries and walk out with a happy smile.

Line-up was Dan Naturman, finalist on America’s Got Talent, Tony V from CBS’ “The Late Show”, Christine Hurley from “Last Comic Standing” and all three were simply the greatest in their own identical style. The room is cozy where you are seated close to the stage resembling a New York club and being able to see the mimics of the comedian, in the case of Hurley a must because she makes the funniest faces. The dry humor of Naturman, the rude jokes of Hurley and the ‘let’s have a chat’ way of Tony V all rocked. Ellin is a great host, welcoming the audience personally at the entrance and waving them out after the show. We felt truly relaxed and happy after two hours of gut-busting laughter and forgetting everything else.

Catch the final show tonight at 8:30pm in the showroom at the Casa Del Mar Resort. Doors open at 8pm. The show will be back in January at the Holiday Inn resort so check out Aruba Today newspaper to keep track of the new schedule. You may also find updates at www.ArubaComedy.com.