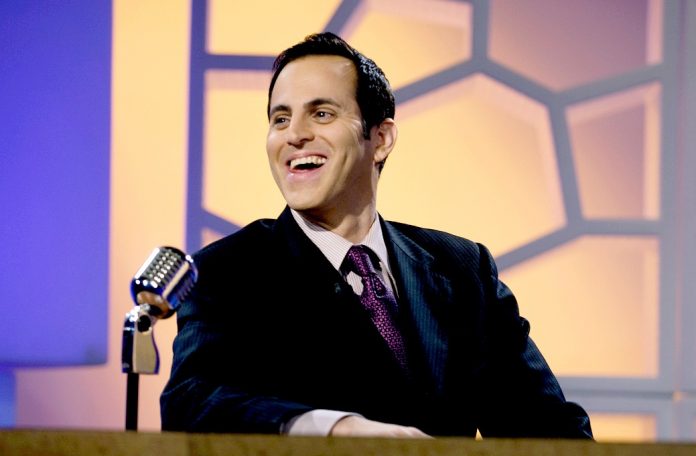 The “Aruba Ray’s Comedy” show features some of the funniest American standup comedians in a terrific 90-minute show, and Aruba Today was there and had a blast. The show is now on at the Holiday Inn Resort Aruba until February 13th.It all begins and ends with host Ray Ellin. You will be amazed with his quick wit, sharp tongue and hilarious observations of the public, memorizing every targeted person in the audience throughout the whole show. Three top comedians took care of a full laughter show where you forget all your worries and walk out with a happy smile.

The line-up during our visit was Brian Scott McFadden from CBS’ “The Late Show”, Kathleen Dunbar from “Last Comic Standing” and Lenny Marcus from NBC’s “Tonight Show with Jimmy Fallon.” All three were simply the greatest in their own unique style. The setting is great in which you are seated close to the stage thus being able to see the faces of the comedians, in the case of Dunbar a must because she makes the funniest faces. The dry humor of Marcus, the brash jokes of Dunbar, and the hilarious characters and voices of McFadden all rocked. Ellin is a great host, welcoming the audience personally at the entrance and shaking hands after the show. He is considered to be one of the best comedians of improvisation, and you will understand why, he was outstanding. We felt truly relaxed and happy after nearly two hours of gut-busting laughter and forgetting everything else.

Ray Ellin is considered by his peers to be the best host in NYC, and Ray is also known as “Aruba Ray” because of his passion for Aruba. Ray has been coming to Aruba every month for the past seven years, where he produces and hosts these incredible comedy shows. Already popular in New York, the comedian has brought his talent and some of his colleagues to Aruba. He is also an executive producer of the television show “This Week at the Comedy Cellar” on Comedy Central, which is about to begin its third season.

Special telephone number for the elderly

Special telephone number for the elderly

March 27, 2020
To prevent isolation of this group a special telephone number is introduced for the elderly to have a chat and also ask for information.

Their Home away from Home