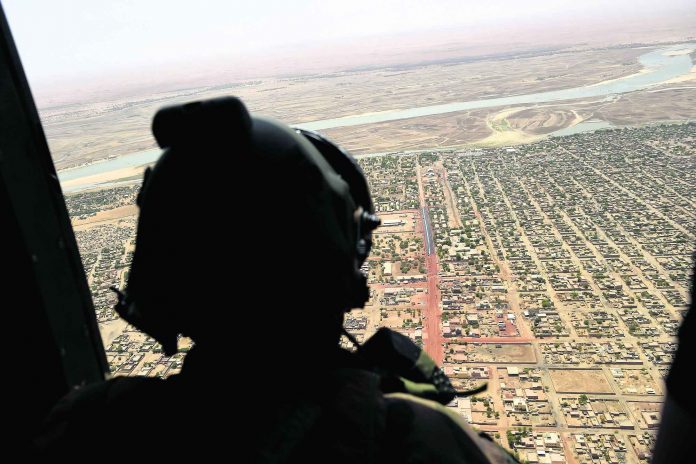 French ground forces and military helicopters killed a jihadi commander linked with al-Qaida in Mali along with four others, the French military said Friday.

The operation Tuesday targeted Bah ag Moussa, military chief for the RVIM Islamic extremist group, who had been on a U.N. sanctions list and was believed responsible for multiple attacks on Malian and international forces in the country, French military spokesman Col. Frederic Barbry told reporters Friday.

Surveillance drones helped French forces in Mali identify Moussa’s truck in the Menaka region of eastern Mali, which was then targeted by the helicopters and 15 French commandos sent to the scene, Barbry said. All five people in the truck were killed after they ignored warning shots and fired on the French forces, he said.

He described it as an act of “legitimate defense” and said the bodies were handled “in conformity with international humanitarian law.” He wouldn’t comment on whether allied forces including the U.S. contributed intelligence to the operation.

A statement from the French defense minister said Moussa was in charge of training new jihadi recruits. It was the latest of multiple French actions in Mali recent weeks that killed suspected extremists.

Moussa became a prominent jihadi leader in central Mali in recent years, and a liaison with extremist groups in his native northern Mali, according to Malian military officials. The Malian army accused him of orchestrating attacks against Malian forces in Diabaly, Nampala and Dioura that killed dozens of troops.

France has thousands of troops in a force called Barkhane in West Africa to help fight extremist groups. After the Islamic extremist rebels were forced from power in northern Mali in 2013, they regrouped in the desert and now launch frequent attacks on the Malian army and its allies.

The French military announced its latest operation on the fifth anniversary of Islamic extremist attacks that killed 130 people in Paris, targeting the Bataclan concert hall, cafes and the national stadium.