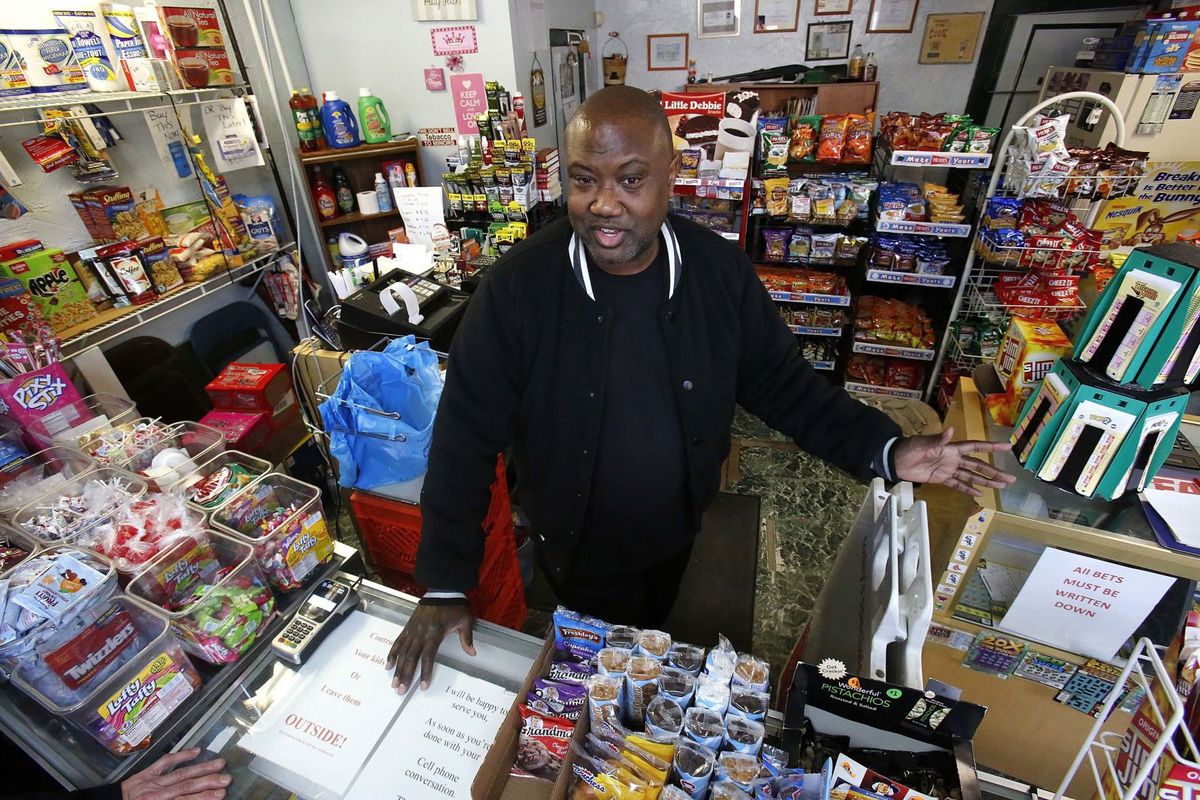 RANKIN, Pa. (AP) — Finding fresh food in this tiny riverside community that was hit hard by the steel industry’s decline has always been a challenge. Then, seven years ago, Carl’s Cafe opened. The grocery store, near new government housing, offers cooking classes and a source of fresh, healthy food. Proprietor Carl Lewis even has customers sign a pledge: If he provides fresh produce, they’ll buy it. Five such purchases, and they get their sixth free.

About half his customers pay with benefits from the federal Supplemental Nutrition Assistance Program, so the government’s proposal to replace the debit card-type program with a pre-assembled box of shelf- stable goods delivered to recipients worries him and other grocery operators in poor areas about their patrons’ nutrition, and their own bottom line.

“If half of your business goes away, it’s going to hurt,” Lewis said, noting that if SNAP spending benefits are taken away, so will recipients’ ability to participate in programs at his store. “I see kids educating parents on fresh food choices,” he said. “To see them reach for an apple before they reach for a Snickers bar, it’s fantastic. But if people are too worried about where their next meal is coming from, it’s going to be hard to teach them how to cook an eggplant.”

The idea called “America’s Harvest Box” was floated in February in the Trump administration’s 2019 budget proposal, tucked inside a plan to slash SNAP by roughly $213 billion, or 30 percent, over the next 10 years. Households that receive more than $90 in SNAP benefits each month — roughly 81 percent of households in the program, or about 16.4 million — would be affected. The plan immediately raised concerns, and details were sparse.

Grocery store trade associations, as well as nonprofits like The Food Trust, argue that removing food stamp recipients’ ability to buy their own provisions could undermine recent successes in eliminating “food deserts.” “This notion that they need to be told what to buy is not borne out the by the data,” said Alex Baloga, president and CEO of the Pennsylvania Food Merchants Association. “We want to provide healthy, affordable products to everybody, and we want to give customers a choice to take these dollars and make the best decision for their families.”

Cache Flanagan, a shopper at Carl’s Cafe who has two children ages 6 years and 10 months, wondered: “What will be in it? What about food allergies? Do we get options to pick from? Whatever they decide to put in that Harvest Box isn’t going to be fresh.” Shaker Ehmedi, who manages a Cousin’s Supermarket location in Philadelphia, observed: “We have a hard time delivering mail in this country. How would we ever deliver these boxes?”

Agriculture Secretary Sonny Perdue on Feb. 22 acknowledged the idea took congressional members by surprise but said his staff consulted with experts. Brandon Lipps, administrator for the Agriculture Department’s food and nutrition service, told The Associated Press in an interview last week that he wants retailers to play a role, and stressed that SNAP recipients would still receive 60 percent of their benefits in cash to spend at grocery stores.

Small stores in rural communities could also benefit, Lipps said, arguing that recipients who typically travel long distances to large supermarkets for groceries would get shelf-stable goods in their box and be able to shop at their local grocer for produce. “The market is changing in how people get their food,” Lipps said. “I think we in the government have a
duty to be changing with that market.”

The Harvest Box model would have the federal Agriculture Department procuring foods, Lipps
acknowledged, but it would also rely heavily on states. “We left the distribution to states, and there are a lot of models in that,” Lipps said. “That could include distribution through a grocery store, or a grocery store participating in distribution.” A few miles down the Monongahela River from Rankin, Dylamatos Market in Pittsburgh is its neighborhood’s only source of fresh food, where about a quarter of the customers pay with SNAP, owner
Dianne Shenk said. The program’s biggest benefit is choice, she said.

“These boxes will be full of shelf-stable items, the same things we’re being told not to eat,” she said. Some grocers worried about their revenues simply fear communities could lose an institution. “A lot of people appreciate the in-store experience down here,” said Todd Vowell, president of a company that operates supermarkets in Alabama and Mississippi bearing his family’s name. “It’s still a community gathering place where customers make friends and see old friends, and they would miss out on that if they aren’t coming to a grocery store.”