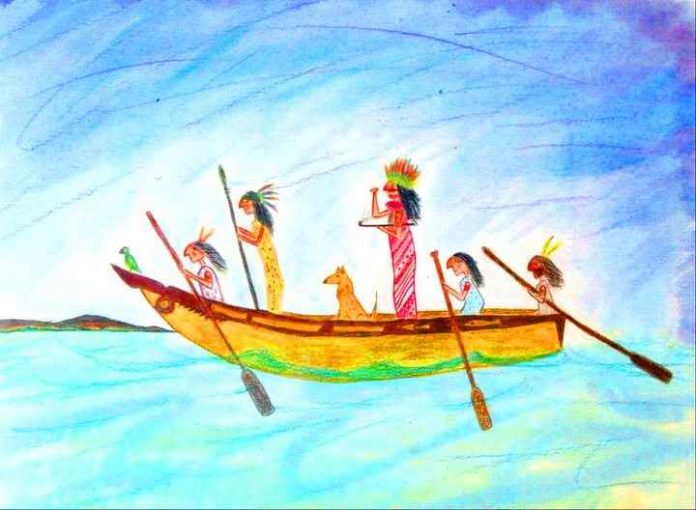 ORANJESTAD — We as autochthon Arubans may have Dutch passport as well as a Dutch history however; we are Caquetios at heart, flesh and soul. We are still here; we are still being seen as a minority and are still the last to drink.

Aruban, autochthone Amerindians of the great Caquetio, were Indians as so called of Northwestern South American continent, todays Venezuela, living from along the shores of Lake Maracaibo, Falcon State and the ABC islands at the time of the Spanish conquest. They moved inland to avoid enslavement by the Spaniards but were eventually destroyed as a nation, as were their neighbors, the Quiriquire and the Jirajara. These Caquetíos were also present in Aruba, Curaçao and Bonaire when these islands were first discovered by Alonso de Ojeda in 1499.

The Amerindians occupying this region were known as Caquetíos by the Spaniards and their language (Caquetío) belongs to the Arawakan family of languages. The Caquetío and the Jirajara and Tainos spoke a similar language, and their cultures were basically similar. The Arawakan or Caquetío language is termed a ghost or death language because a very few trace of it survives today in Spanish speaking of the Caribbean regions. In Papiamento of Aruba you will find words, names of native plants and animals, body parts, troponins and sayings that remind us of ancient times and words that were saved in 17th-century texts.

When the Spanish arrived in Aruba around 1500 they found the Caquetios in Aruba, living much as they did for centuries, as master farmers of corn, beans, squashes, yuca tubers and peanuts, skilled fishermen and potters. They were social and politically more organized that the hunters and gatherers living in earlier times here in the Stone Age. Caquetios build large malocas that housed extended families. They were talented craftsmen in stone, wood, shells and ceramics. These Amerindians had probably migrated to Aruba, Curaçao and Bonaire in canoes made from hollowed out logs they used for fishing. Such crossings from the Paraguayan peninsula in Venezuela, across the 17 miles of open sea to Aruba, would be possible in the canoes built on the main land.

During the first years of colonization, natives of Aruba were described by the Spaniards as strong handsomely build while the women where beautiful with long black hair. The mainland Caquetíos were geographically the closest tribe to Aruba, and archaeological evidence points towards close ties between both groups during pre-Columbian times. Perhaps as many as 800 Indians lived in Aruba at the time of the Spanish discovery in 1499. Together with Curaçao and Bonaire, Aruba was declared “islas inutiles” or useless island in 1513. Two years later some 2000 Caquetío Indians from the three islands combined were transported to Hispaniola to work in mines. These Indians presumably comprised the entire population of the islands, but however 150 to 200 were returned to Aruba and Curaçao in 1526 to work on the exportation of brazil wood, kwihi, and divi-divi. The origin of those returned to Aruba and Curaçao were mainly Caquetíos, but some Arawaks speaking natives from other Caribbean islands were included in the group. The most likely scenario is that many of the natives descending of those who were brougth back to Aruba from Hispaniola were from Aruba. This scenario is supported by the fact that some of these natives migrated to the mainland in 1723 to erect the town of El Carrizal, were described as a Caquetían or Arubas.