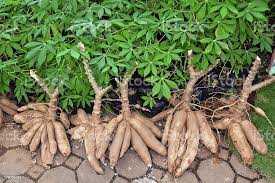 In times of Conquest there was a saying widely used in popular Cuban slang taken from the colonizers, “In the absence of bread, casaba.” With this expression we can already have an idea of the importance of yucca in daily life.

Before continuing I want to quote the words of a famous Dominican, Geo Ripley, a good friend who is a renowned multimedia artist and cultural advocate who, referring to our guest star of this new episode, mentioning – ““The Cassava is an Amerindian cultural patrimony which has perpetuated in time and space till our days, and a symbol for us, Islanders of this Caribbean Sea, this crop which always had unified us and never had separated us.” 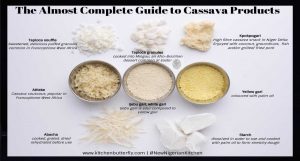 Cassava or yuca is a root vegetable that can be grinded in to flour for the elaboration of tortillas, cut in to slices as chips, fried or in stews, while in other cultures it is even used as medicine. Cassava is used for tiredness, dehydration in people with diarrhea, sepsis, and to induce labor, yet there is no scientific evidence to support these claims.

The basic food for many world rural families of low income and of meager existence which has transcended its original area of cultivation as many of the new world crops which has been considered a valuable protein source for generations of Amerindian communities. The Yuca forms part of the selection of roots and tubers that the Cubans commonly denominate as `viandas.’ In Aruba, our native farmers also planted and ate this root in many ways. As cassava bread or cachapas, the flour was mixed with water in to a mash and fried on a hot iron or clay plate while grounded it was used as starch for fabrics.

The Cassave plant appears to have its origins in Brazil and Paraguay and especially around the Amazon and Orinoco river basins. This important plant has been spread by Amerindians throughout tropical areas of South, Central America and the Caribbean islands long before the arrival of the Europeans and to be considered one of the most recurrent Caribbean indigenous foods besides Corn predominated among Siboneyes, Caquetios and Taínos, who were engaged in harvesting and agricultural activities, respectively. This was and still is the first typical meal among Caribbean nations – a substitute for the basic wheat bread diet.

Did you say that you love Aruba its origins and cultural heritage? Than this private encounter with our columnist anthropologist is just as you. Sessions created in a gorgeous setting for visitor with special interests. Appointment is required. etnianativa03@gmail.com or WhatsApp us 297 592 2702.