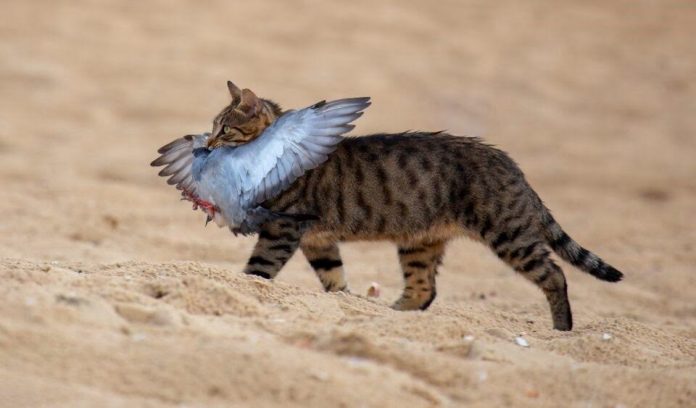 Etnia Nativa through Island Insight shares our native cultural awareness, educates and safeguarding Aruba’s heritage by elevating each reader into an island keeper state of mind.

Be encouraged to discover in every episode the true native effect, live it, discover more reasons to love Aruba and live up your island adventure in an authentic revealing way. Our island is a tiny tourist destination with a fragile ecosystem, covering thousands of years of history.

During this episode we would like to share our concern and elevate awareness regarding the threat non endemic animal species represent to our natural ecosystem. Many floral and faunal unique native species quantities has diminished or has gone extinct.

There are many types of amphibians, reptiles, birds and mammals that do great harm to our endemic species, like our furry pets friend Mr. cat that has gone wild. Massive foreign labor import of the Tourist industry brought along the domestic cats following their owner along the newly build neighborhood and the ideal place to develop top feline instinct, however fatal for many small animals.

By now it is scientifically a fact that feral cats are the greatest threat to wildlife and are responsible for the extinction of a large number of bird species, small mammals, reptiles and frogs throughout the world and of course Aruba does not escape this situation, daily we see how baby cats are abandoned to their fate on our island. At the same time that scientists and governments around the world are fighting against this dramatic problem of “pet abandonment”. And contrary to all rationality their care and proliferation are constantly being promoted and protected by animal welfare laws and social media and when applied to environmental management, can have devastating effects.

The domestic cat (Felis silvestris catus) has been living with man for more than 9,500 years if not more. Scholars suggests that domestic cats are descendants of the wild cat of the Middle Easter cat, while others defend that it comes from the African wild cat (Felis silvestris lybica). In any case, just as the dog was domesticated by hunters, the cat was domesticated in the Neolithic by farmers.

Today there are more than 50 breeds of cats all around the world while some of them are to be considered wild species. All felines are carnivorous placental mammals, sharing a family with hunters such as the lion, the tiger or the brown leopard; it is not a secret that the cat is also a formidable predator. Etnia Nativa holds the idea that it is absolutely false that managed by letting it do and observe what happens without intervening even more when it comes to an ecosystem as fragile as that of our island. The current challenge is to ensure that our intervention is aimed at conserving and improving the environment in a sustainable way and protect the habitat of all native species.

One of the oldest forms of interaction between man and the environment, after being a hunter, was to catch wild species alive and domesticate them, which led to the beginning of livestock farming. That is where the now domestic species come from, and they all have their wild equivalent.

A necessary control of feral cats by the relevant authorities is imminent, in the first place towards domestic cats, since having domestic cats roaming freely, should be prohibited under important sanctions. It should also be mandatory for the domestic cat to wear a bell because in addition to being able to clearly differentiate the domestic cat – which has escaped – from those who has become feral. This would undoubtedly reduce predation by making it difficult for them to sneak up on their prey.

Not only birds and mice are victims of cats; also other species such as lizards and even bats, which have suffered a dramatic decrease in numbers-, see episode 74- and are now rarely seen in the wild around agave blossoms, parks and gardens. In addition to rabbits as well as small chicks ends on a cats and boa’s menu. See episode 77- Introduced and invasive species.

If you love to explore Aruba we encourage you to do something different, outside the tourist grid. Become one of our exclusive visitors at Etnia Nativa, where you will be able to admire native art collections, archaeological artifacts and historical furniture while the installation itself and the lecturer will transform your mind set from an simple observer in to an conservator.

Since 1994, Etnia Nativa, which is a private residence and home of our columnist/artist, Anthony Croes, sharing with tourism an authentic view of Aruba.

Anthony guides each guest step by step during the visit so take some time away from the beach scene, book your visit and feel the native effect! R.S.V.P. etnianativa03@gmail.com or whatsapp + 297 592 2702.