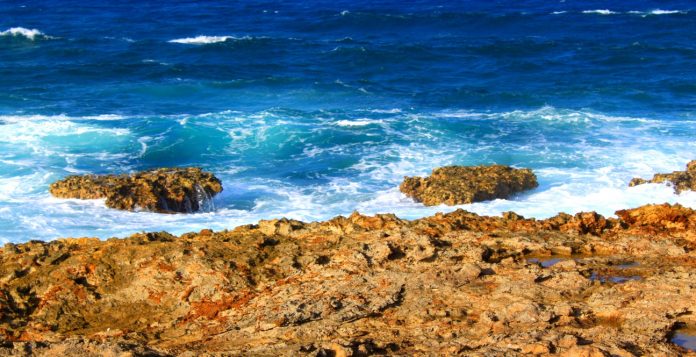 On the 3rdof January 1885, I received on Aruba: I have received a warning; never again travel without a hammock. Meanwhile the rays of the sun speedily banished these somber thoughts. As soon as it was possible we set out for Jamanota, and were astonished to see a puddle of fresh water of about three or four feet across in the slate-bed which comes to the surface there. My guide scooped some tadpoles from it. It was known to us that the frog, the so-called dori, occurred on Aruba, but everyone told us that we should not encounter it, because in the dry season it creeps into the soil, being found there occasionally at a depth of as many as six meters. This seeming contradiction was resolved the next day by our finding a grown-up frog, which according to all the natives was decidedly different from the dori, so that the island possesses two kinds of frogs, whereas they do not occur on Curacao and Bonaire at all” The dori, the species of frog the inhabitant of Aruba is familiar with appears in great masses at the beginning of the rainy season and it is therefore quite understandable that the population greatly honor him, being as he is in a manner of speaking, their redeemer from the prolonged periods of drought in consequence of which the pinch of hunger and misery is so often felt. Already on the implements of the ancient Indian population sculptured frogs figure prominently, and to this day people are wont to sing a monotonous melody about the dori once recited to me with great tenderness by an old woman:

Actually it is the “Sapo” or Cane Toad that the lady in question is referring to in this song, who happily sings all night in celebration of the coming harvest abundance.

“Through the dense undergrowth of spiny Hubada and cacti, pricking our legs and feet and scratching our faces, and sometimes wrenching our hats off our heads, we struggled on in a wide curve sometimes crossing narrow brook-beds filled with rubble, in order to return to our point of departure on the north coast.” “First we arrived at Miralamar where there is a quartz passage rich in gold and where in former times a lucrative mine was worked by an English company. February 1st, 1885, Sunday, our people will not budge. The donkeys, too, are tired, and so we shall have to stay in the vicinity of Fontein till next morning: “poco, poco,” said our guide.

“In the morning we visited the stalactite cave at no more than a few hundred yards distance from Fontein.” (Prof. Martin proceeds to give an explanation of the origin of these caves informing us that the Indians chose them as their dwellings at a later period, but that now only bats and rats inhabit them. Furthermore he describes the Indian drawings). “We continued our journey along the north coast of the island, intending to ride along the beach of Fontein to Daimari, which can now be reached from Oranjestad by an easy path enabling us to arrive there already by noon. It consists of a single house on the bay of that name and is, like all other houses of the residence, of a peculiar construction and subdivision, if one is justified in using this word at all. Two small rooms_ just large enough for a few hammocks, a crude table and primitive chairs on which, in fact, we hardly dared sit for fear of their collapsing under us that was the interior of this house.”

“By the side of the house, which is spotlessly white-washed, there is a lean-to, a cooking-place open on several sides in which there is generally a seat. Daimari boasts an object of great luxury. Before the door stands a simple but usable sun-dial, and it even possesses a type of wind-gauge, made of two calabashes. The professor found a man here whose father was a Dutchman, and who had earned twenty-four thousand guilders as a gold-seeker, but had as soon lost them again.”

…and so are the stories of Aruba in the second half of the 19th century.

To get to know more over Aruba’s and its origins, its animals and culture, we highly recommend you to book your visit for our renowned cultural encounter session has been entertaining curious participants for decades. Mail us at etnianativa03@gmail.comto confirm your participation. Our facilities and activities take place close to high rise hotels.