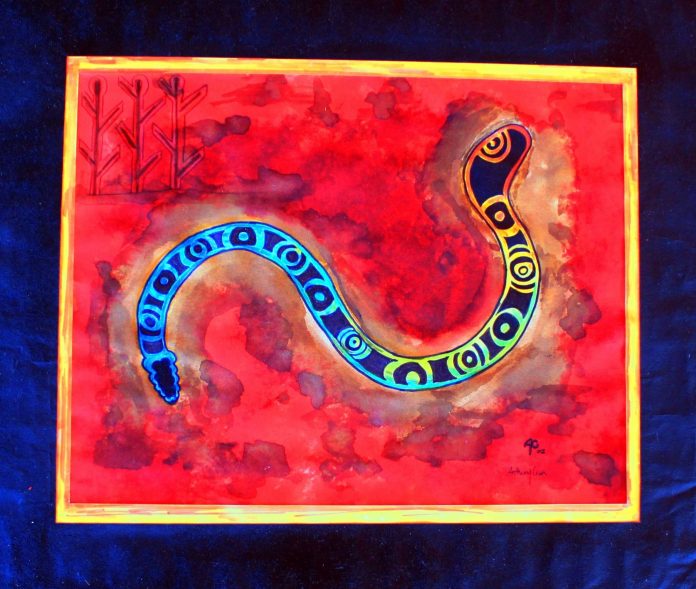 In Aruba we have three species of snakes that are not found anywhere else in the world: they are the Rattlesnake or Cascabel (Crotalus unicolor) the Santanero (Leptodeira bakeri) and the Red worm snake (Leptotyphlops arubrum).

These three incredible species are directly related to ancestors from the South American mainland but years of isolation on our island has allowed them to develop unique characteristics in behavior and appearance.

The continued existence of our native species depends on the constant effort for their conservation and the necessary protection against killing, collecting and all that exert direct threats to the authochtone echosythem and survival it self as a whole . 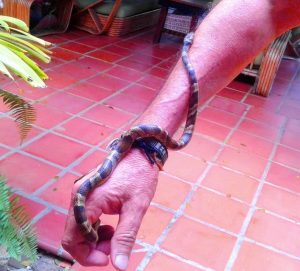 The Rattlesnake is internationally recognized as one of the rarest snakes in the world and the native totem of agricultur, the protector and care taker of the land of harvest or “Cuidado di Cunuco”.

The Rattlesnake is a relatively small pit viper averaging 70 cm in length. The body color of this venomous snake is usually fitting to its enviorment made out of tones of gray or light brown to light pink. faint brown, diamond-shaped markings on its back. Dimond shapes and coloration more visible on the back of juvenile speciments. The most distinctive feature of this snake is the rattle at the end of its tail that emits a buzzing sound when the snake is alarmed or threatened.

Rattlesnakes are shy and non-aggressive. However, their venom can be dangerous and cause serious injury. 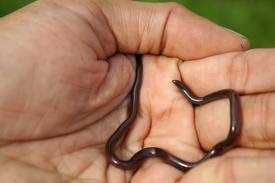 The Rattlesnake is a “foraging” snake. They are snakes that sit and wait for their prey. Normally you can find them waiting for prey under bushes, fruit trees and shaded plases. Praying on feed on lizards, mice, rats, birds, frogs bats and even on juvenile rabbits.

The distribution area of ​​the Rattlesnake. Time ago they lived all over the island but nowad has been is restricted to the mountainous areas and surroundings of Arikok National Park.

If you see one, do not bother it, do not try to catch it, much less harm it, since it is a protected and endangered species.

The Santanero or Aruba cat’s eye snake, also known as a stinking snake becous of the feo smell that sticks to your hand when handled. Santaner or dweller of the grave yard , can be found all over Aruba. In times of rain it is common to find them near dams and even crossing roads at night.

Santanero is a slender snake and is approximately 50 cm long.

We can recognize this snake by the large scales on the top of its head and by its dark brown bands alternating with light brown bands. The belly is white or cream in color and is smooth, without any markings.

They usualy remain hidden during the day time among plant leaves or under rocks. They are quite active at night when they are looking for their prey. They eat toads, frogs, insects and lizards. They often climb trees and cacti.

The Santanero is shy and not aggressive at all when handeled. However, it has enlarged teeth at the back of its upper jaws that emit a mild venom that paralyzes its prey to be swallowed whole since the Santarero do not coil around or constrict its prey to soffocate and imobilize them. Although mildly venomous, the santanero rarely bites when handled, while its venom is not considered to dangerous to humans. Even though the old ways warns that its bite could make you suffer a dull persistent pain an aching of your bones for some days, specialy the long bones of arms and lengs.

The thiny Red worm snake, Leptotyphlops arubrum. Leptotyphlops hunts on termites and ant eggs. They live mostly underground and are very cryptic, not much is known about their habits. These snakes can reproduces different pheromones which allows them to enter termite nests etc. The insects do not recognize the intruder because of the pheromone it mimics and so termites or ants do not sound the alarm for defence or attack. These snakes has also the abilty to sent termite trails , which leads it to their nests.

Did you say you love Aruba its origins and cultural heritage? Than this private encounter with our columnist anthropologist is just something for you. Sessions created in a gorgeous setting for visitors with special interests. Appointment is required. etnianativa03@gmail.com or WhatsApp + 297 592 2702 for an exclusive experience at the acclaimed columnist’s home.