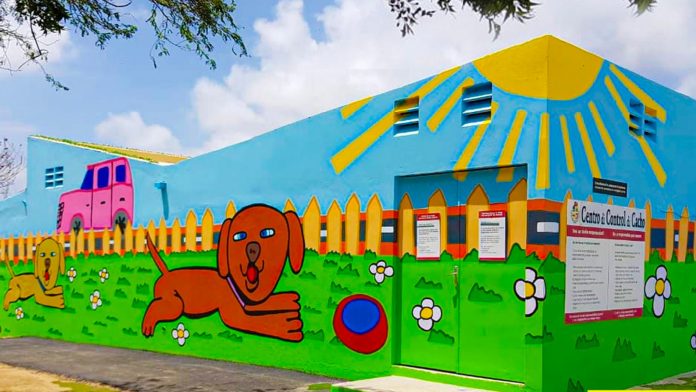 The Dog Control Center has presented its numbers for 2020 and 2021 and has elaborated on its successes and existing challenges.

In July 2020, the Dog Control Center was inaugurated as a management and temporary drop off-center as indicated in the Dog Law. 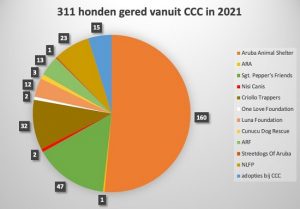 The Dog Center also helps control the dog population. People with unwanted dogs and stray dogs can drop them off at the center. The CCC also provides general information about dogs care, including preventing unwanted reproductions.

Although the CCC is primarily for dogs, people still drop off unwanted cats. In 2021, 549 cats were brought to the CCC, and only 25 cats have been re-homed.

The reality is that the amount of cats and dogs left behind at the CCC is low compared to the number of unwanted pets dropped off before the CCC management. Thousands of unwanted pets were left at the “kill cage”, before the center was opened. Before the CCC, the percentage of unwanted animals was about 98%; the Government of Aruba is very pleased with the positive results since the inauguration of the CCC. It means a lot to the community and the animals.

It is also essential to state that so many dogs and cats are now getting a second chance in life. This was not possible without the collaboration of multiple foundations. Only 5% of adopted dogs went to a new home not affiliated with any foundation. Thus, 95% of dogs and 100% of cats have been taken over by foundations that already have new homes or will find new homes for these pets.

This graphic illustrates the numbers between the foundations in 2021.

Hence, we can conclude that the existence and added value of the CCC, as well as the great job and cooperation between the foundations, can be considered successful.

In addition to the successes, we must also illustrate and identify the challenges. The challenges are:

A lack of knowledge and compliance with the Dog Law;

A considerable number of pet owners that are not assuming their responsibility and lack education about this matter;

A disconnection between stakeholders due to different visions for a solution to the problem In short: there is a difference in opinion about the Trap-Neuter and Release (TNR) and a concept that keeps the existing law in mind while dealing with the issue of stray dogs in Aruba;

The considerable number of abandoned pets, including those abandoned at the CCC after opening hours;

A low grade of non-sterilized or microchipped pets.

The ‘National Plan for Stray Animals’ is an integral plan that addresses these challenges.

The Government of Aruba and the foundations need to focus on common grounds and possible solutions. The key factors are cooperation, promotion of adoption and sterilization of both cats and dogs, as well as the positive attitude of the community.

For more information and the latest news, please visit and follow @CentrodiControldiCacho and @stimamimascota on Facebook. The CCC is open from Monday to Friday from 8:00 am – 11:30 am.