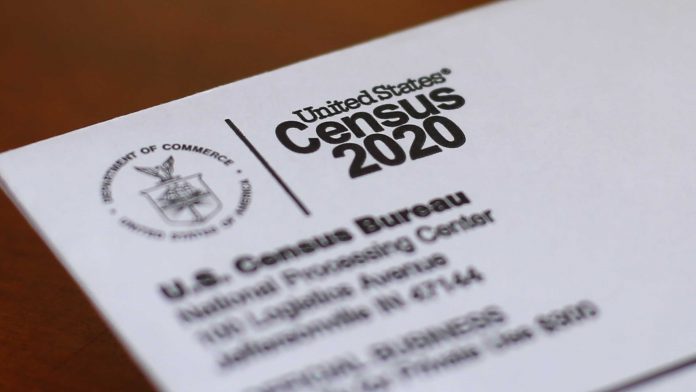 U.S. Census Bureau officials said Friday they are ready to start examining changes that would combine race and ethnicity questions and add a Middle Eastern and North African category to the 2030 census questionnaire, but they have to wait for another federal office to start the conversation.

If the proposals are adopted for the 2030 census, they would mark one of the biggest changes to the census questionnaire in recent years.

Several years before the last census in 2020, support was growing for combining the race and ethnicity questions into a single question and adding the Middle Eastern and North African category, also known as MENA. Census Bureau research said doing so would increase the accuracy of the once-a-decade U.S. head count, particularly among Hispanics and people of Middle Eastern or North African descent who are unsure how to answer the race question.

But those efforts were dropped after President Donald Trump became president. As a result, there was no MENA category, and the race and ethnicity questions were separated on the 2020 census form, leading to overwhelmingly large numbers of Hispanic respondents to answer “some other race” for the race category, Census Bureau officials said.

“We are not surprised by the results. Our research predicted them,” Merarys Rios-Vargas, chief of the Ethnicity and Ancestry Branch at the Census Bureau, told members of the Census Bureau’s National Advisory Committee on Friday.

One of the committee members, Helen Hatab Samhan, a retired executive at the Arab American Institute, said it was preferable to add MENA as an ethnic category, such as Hispanic, rather than a race category like white, black, Asian, American Indian or Native Hawaiian.

Among the items the Census Bureau wants to research is the lack of responses to the race question among Hispanics, how Hispanics identified their race when they did answer the question and whether the location of the respondents made any difference in whether they answered those questions, officials said.

Once the conversation with the Office of Management and Budget gets going, it will be “jump-started” because the Census Bureau already has a trove of research, Census Bureau Director Robert Santos told committee members.

The census data are used for allocating congressional seats among the states, redrawing political districts and distributing federal funding.

In a statement on Friday, the Office of Management and Budget didn’t provide a timetable for when it would examine the issues raised by the Census Bureau.

“We are actively working to help ensure the Federal statistical system efficiently, effectively, and accurately captures the diversity of the American people,” the statement said.