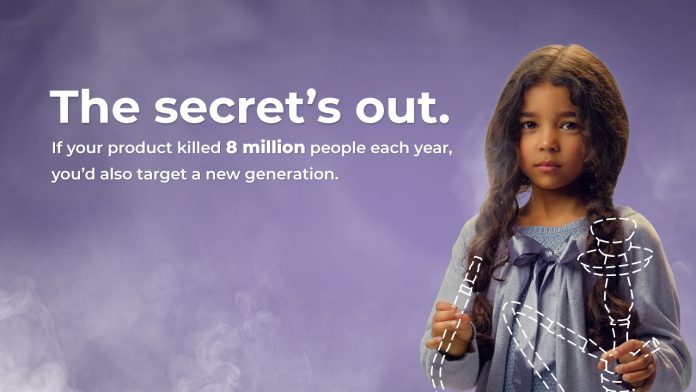 The use of tobacco products in any form harms nearly every organ of the body, irrespective of whether it is smoked, smokeless, or electronic.  Chewing tobacco is an important risk factor for certain cancers,” stated Dr. Joy St John, CARPHA Executive Director in observance of World No Tobacco Day 2020.

In the Caribbean region, tobacco use remains a major public health concern.  It is a preventable risk factor for no communicable diseases (NCDs), which are the leading cause of death, disease and disability among Caribbean people.

A recent review by World Health Organization (WHO) found that smoking is associated with increased severity of disease and death in hospitalized COVID-19 patients.

This year, World No Tobacco Day focuses on Protecting Youth from Industry Manipulation and Preventing Them from Tobacco and Nicotine Use. The WHO is launching a counter-marketing campaign in response to the tobacco and related industries’ systematic, aggressive and sustained tactics to hook a new generation of users.

Strategies employed by the tobacco industry to attract the youth, include manufacturing of flavored tobacco products, distribution of free samples at popular events for young people, social media influencers and marketing, and sponsored events and parties.

Smokeless doesn’t mean that it’s harmless.  Nicotine in e-cigarettes is a highly addictive drug and can damage children’s developing brains.  Children and adolescents who use e-cigarettes at least double their chance of smoking cigarettes later in life.

Tobacco control is key to reducing premature mortality from NCDs.  Let us strive to create a generation that is free from tobacco and second-hand smoke and the death and disease that they cause.

CARPHA urges Member States to work together to prevent and lessen the use of all forms of tobacco products and scale-up efforts to implement their commitments under the WHO Framework Convention on Tobacco Control.  By doing so, the negative impact of smoking and its consequences on the health of our people, especially the younger generation, and the economies of the countries of our Region, will greatly be reduced.

‘Sometimes I don’t feel like an Aruban because of my skin...