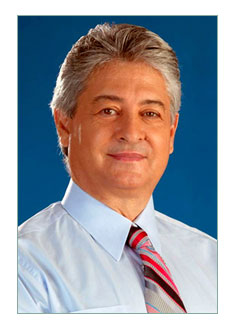 A sudden difficulty in breathing with a tight feeling in the chest including coughing was described by the Greeks as “azein.” This is the word that asthma comes from. These symptoms are considered a disease of the respiratory system and are sometimes caused by allergies.

There are two types of asthma, extrinsic and intrinsic. Extrinsic asthma is caused by allergies that can affect the lungs, skin, and mucous membranes. Intrinsic asthma does not stimulate the body’s immune system and is a reaction to such things as cold air, exercise, infection, chronic inflammation, emotional upsets, and irritating smells.

About 34 million North Americans have been diagnosed with asthma, and the number is expected to rise dramatically. According to the Center for Disease Control in the United States asthma is “a more severe disease than before, despite modern drug treatments; from 1982-1992, the death rate from asthma in the United States increased by 35%.” These statistics are flattering to neither the pharmaceutical giants nor conventional doctors.

Children younger than ten suffer the most from asthma. Researchers in Finland have found that children delivered through modern medical childbirth interventions appear to be at greater risk for developing childhood asthma than children delivered naturally. Babies delivered by Cesarean Section have a 38% increased risk of developing asthma, Vacuum Extraction a 32% increase, and Forceps Delivery have a 114% increase.

Professionally, I encourage all healthy, expectant mothers to use a midwife and promote all women who are able, to breastfeed as long as possible. This is the single most important thing a mother can do for her baby. Introducing milk other than breast milk to infants younger than 4 months old increases the risk of asthma and a predisposition to certain allergies. Babies given bottle milk before their fourth month are 25% more likely to be diagnosed with allergies than are children who received only breast milk during their early months. The length of exclusive breastfeeding is less important, though longer breastfeeding has been associated with less asthma and allergy.

Childhood respiratory problems, including asthma, may be linked to inhaling the mixture of chemicals emitted from disposable diapers. Studies show that chemical emissions of some disposable diapers had immediate health effects in animals. Cotton dippers now come in convenient to clean and use styles, so there is no excuse not to go natural. Actually, it is wise to avoid all chemicals if possible. Read the labels of the products you use on you child or to clean their clothes and your home. Choose non-toxic, biodegradable options, and do not be fooled by the word “natural”. Natural may only be part of a product full of unnatural additives.

Another huge problem with breathing is that children who live in a home where people are polluting the air with secondhand cigarette and cigar smoke are prone to more respiratory infections, including ear, nose and throat. Luckily, many offices are smoke-free today, but we have many adults come to us with lung and respiratory problems from working in a smoky environment.

And these are not the only problems linked to breathing problems. We know that antibiotics are linked to asthma and allergies many times causing production of excess mucus and breathing problems. A Canadian study found children treated with antibiotics under the age of one are twice as likely to develop asthma in childhood. Early studies suggested antibiotics and other drugs could affect the way the immune system works. Experts believe they kill off beneficial bacteria in the intestine and that this may lead to changes in the way the body deals with disease. Most mild asthma does not surface until the body is compromised with an upper respiratory viral infection. Antibiotics do not to fight viruses. I recommend using sea water and sunshine for many viruses.

Many people including doctors are unaware or ill informed when it comes to the profound impact that diet has on most allergies. We have seen patients improve dramatically with strict dietary changes. Cow milk, including in baby formula is one of the most offensive, mucus producing foods today. As a clinical nutritionist, after eliminating most milk from the diets of anyone suffering from asthma or allergies, I suggest healthier calcium rich foods like rice milk or dark green vegetables for growing and maintaining strong bones and teeth. Then, I recommend Lactobacillus acidophilus, the most commonly used probiotic or “friendly” bacteria. These healthy bacteria inhabit the intestines and protect against the entrance and proliferation of “bad” organisms that can cause disease. L. acidophilus also produces lactase, the enzyme that breaks down milk sugar (lactose) into simple sugars. People who are lactose intolerant do not produce this enzyme. For this reason, L. acidophilus supplements may be beneficial for these individuals.

At our clinic, we also look at the health of the mother or caretakers, which can affect the health of the children. Candida Albicans, common yeast out of control for example can be passed between close family members and causes a number of problems. When possible, I prefer to see the child together with the mother or caretaker to make a full evaluation.

Get The Point! If your child has a cough that lasts for more than several weeks and if does not respond to cough suppressants, the likelihood of asthma is VERY high. Other common symptoms include colds that always seem much worse than other children their age. Another clue is if your child is short of breath when it is very cold outside or when they are aggressively exercising. If all symptoms are present you can be virtually certain your child has asthma. Want to raise healthier children? Call to make an appointment with a Clinical Nutritionist.

Make your next snorkeling trip amazing with these tips