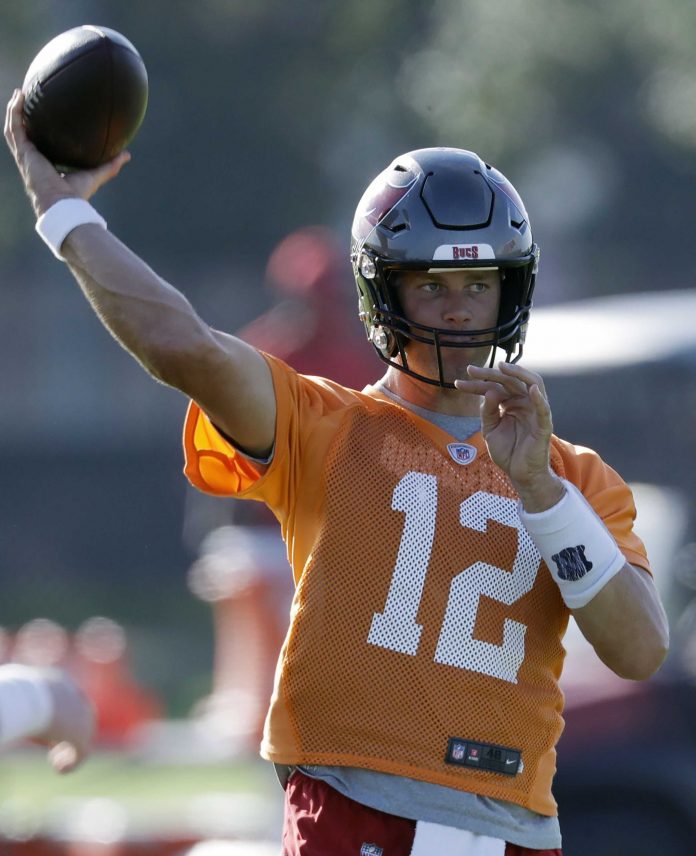 As if there aren’t enough challenges for a 43-year-old quarterback in the NFL, Tom Brady recognizes the uniqueness of 2020.

He’s switched teams for the first time in a two-decades-long career, and during the pandemic has had less on-field work with his new teammates in Tampa Bay than he normally got in a couple of weeks with the Patriots.

Brady suggests, though, that the Buccaneers could have an edge as the season opens with lofty expectations in Tampa.

“So I’ve really liked the way that we’ve performed the last six weeks as a team, and now we get a chance to come together as an entire team — offense, defense and special teams — and see what we can make of this season.”

Expectations are through the roof in Tampa, which has not been in the playoffs since 2007, the second-longest current drought in the NFL behind Cleveland. Brady has been in the postseason every year except three in his career — 2000 as a rookie and non-starter; 2002; and 2008 when he injured his knee in Week 1.

So the goals always are higher for Brady — like a certain game played in early February each year. Still, he knows how unusual this season has been and will continue to be.

“Sports challenge you in many different ways,” he said. “It’s the beginning of the season and we haven’t had the live reps that we typically would have had at this point, so all of us are trying to establish a role — and we’ve got to do it at a very high level. Certainly to go against the Saints in Week 1 is a big challenge, but we’ll be ready for the challenge.”

Quite a challenge, perhaps bigger than any Brady has faced since becoming a champion. He’s no longer in his prime, he joins a perennially underachieving franchise, and the pandemic has not done anything to ease the transition.

“It hasn’t been a typical offseason, so it’s been a different type of process,” he admitted. “The preseason was different, but really I’ve just tried to focus on each day —learning and improving, getting better each day, and not looking past the moment. Whether that was working out in the offseason or a day of training camp, it’s really been a focus on the day-to-day moments and trying to, again, learn from my teammates, prepare my body mentally and physically, and continue to get acclimated to the area and the processes that it takes to win.”

Among those processes always have been his workout regimens that, well, must be working considering he’s likely to be the NFL’s oldest player in 2020, Brady noted he has something extra going for him with the Cloos x Brady Blue Light eyewear collection he had a role in creating. Brady long has been a proponent of Blue Light protection lenses.

“Sunglasses have always been an important accessory for me and blue light lenses have been a game-changer for me in keeping my eyes from feeling the strain of screens,” Brady said. “Once I started thinking about the amount of hours I spent watching and breaking down film and reading emails on my phone or iPad … it really added up. …

“Typically I’ll have them on between that midday-to-night time frame. I keep a pair on my nightstand and they’ve been amazing for recovery and sleep. And when I’m outside you’ll always see me with sunglasses on. So again, it’s all about being proactive and doing the little things across the board to stay healthy and on top of my game.”q