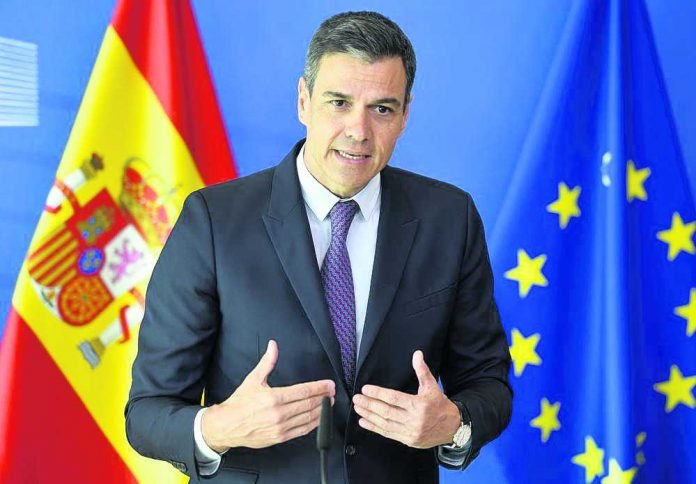 BARCELONA, Spain (AP) — While Russia’s invasion of Ukraine is certain to dominate an upcoming NATO summit in Madrid, Spain and other member nations are quietly pushing the Western alliance to consider how mercenaries aligned with Russian President Vladimir Putin are spreading Moscow’s influence to Africa.

As the host of the summit taking place from Tuesday to Thursday, Spain wants to emphasize its proximity to Africa as it lobbies for a greater focus on Europe’s southern flank in a new document outlining NATO’s vision of its security challenges and tasks.

The Strategic Concept is NATO’s most important working document after the North Atlantic Treaty of 1949, which contained the key provision holding that an attack on one member is viewed as an attack upon all. The security assessment is updated roughly every decade to reset the West’s security agenda.

The current version, approved in Lisbon in 2010, stated the risk of a conventional war on NATO territory was “low.” It did not explicitly mention concerns about instability in Africa. At the time, the alliance viewed apathy as its biggest military threat; U.S. complaints that some European members were not paying their due featured heavily in summit talks.

Fast forward a dozen years, and the view looks very different from NATO headquarters in Brussels. After Russia brought war close to NATO’s eastern borders, the alliance has worked to provide Ukraine with an assortment of more powerful weapons and to avoid the very real risk of getting drawn into the fighting.

But there appears to be a consensus among NATO members heading into the Madrid summit that while Russia remains concern No. 1, the alliance must continue to widen its view globally. Spain’s position for an increased focus on “the South” is shared by Britain, France and Italy.

In their view, the security challenges in Africa arise from a Putin apparently dead-set on restoring the imperial glories of Russia as well as from an expansive China. Russia has gained traction thanks to the presence of its mercenaries in the Sahel region, a semiarid expanse stretching from Senegal to Sudan that suffers from political strife, terrorism and drought.

“Each time I meet with NATO ministers, the support of the allies is total due to the instability that we see on the alliance’s southern frontier and especially the situation in the Sahel region right now,” Spanish Foreign Minister José Albares said.

The Kremlin denies links to the Wagner Group, a mercenary force with an increasing presence in central and North Africa and the Middle East. The private military company, which has also participated in the war in Ukraine, has developed footholds in Libya, Mali, Sudan and Central African Republic.

In Mali, Wagner soldiers are filling a void created by the exit of former colonial power France. In Sudan, Russia’s offer of an economic alliance earned it the promise of a naval base on the Red Sea. In Central African Republic, Wagner fighters protect the country’s gold and diamond mines. In return, Putin gets diplomatic allies and resources.

French President Emmanuel Macron has long called for a “greater involvement” from NATO in the Sahel region. Now that Wagner has moved into Mali, French authorities underlined that Wagner mercenaries were accused of human right abuses in the Central African Republic, Libya and Syria.

“Syria gave (the Russians) the sentiment that they could be more active in that part of the world,” Solana told The Associated Press. “They have very good relations with Algeria and they have (…) the Wagner type of people in the Sahel, which is delicate.”

With the Sahel, Morocco and Algeria at risk of worsening instability, “the southern part of NATO, for Portugal, Spain, Greece, etc., they would like to have an eye open to that part of the world,” he said.

Italy is another NATO member attuned to the political climate across the Mediterranean Sea. The country hosts NATO’s Joint Force Command base in Naples, which in 2017 opened a south hub focusing on terrorism, radicalization, migration and other issues emanating from North Africa and the Middle East.

The Italian ambassador to NATO, Francesco Maria Talo, said in a May interview with Italian news agency ANSA that humanitarian crises in Africa must concern all NATO allies.

“Near us there’s Africa, with a billion inhabitants at risk of poverty, aggravated by food insecurity, terrorism and climate change, all factors that combine to create insecurity,” Talo said. “And Russia is present there, too.”

The importance of the other side of the Mediterranean became painfully evident to Spain over the past year due to a series of diplomatic crises involving Morocco and Algeria and their rivalry over the fate of Western Sahara, a former Spanish colony.

Amid the disputes, reduced border security allowed migrants to enter Spanish territory, and there were perceived threats to energy supplies. Analysts consider both to be tactics of “hybrid warfare” when governments use them against other countries.

“If the likes of Wagner get the control they have or they’d like to have in places like Libya or indeed what we see they’re already doing in Mali, do not think that Spain will be untouched by that,” Wallace said.

Manhunt on for suspects as 100 die in Nigeria refinery blast