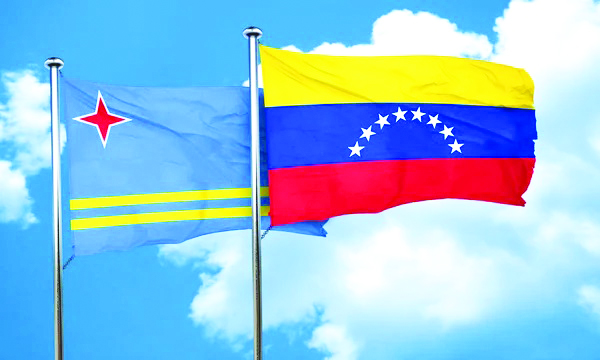 The reopening of the border between Aruba and Venezuela stays in the local news because during the last few months, negotiations between both countries are not progressing. However, prime minister of Aruba, Mrs. Evelyn Wever-Croes told our reporter that the Aruban government is still waiting.

Seeing as the prime minister is currently on a working trip to the Netherlands, she said that they are meeting with different officials and organizations in The Hague. As Foreign Relations for Aruba are a matter of the Kingdom of the Netherlands handled from The Hague, our reporter asked if she had an update regarding the reopening of the border with the neighboring country. The prime minister said: “The topic of Venezuela keeps progressing. We have invited Venezuela for a meeting to discuss the reopening of the border. We invited them to meet in Curaçao, but they haven’t given a reply yet.”

The last update on this topic came on the 3rd of October, when the prime minister explained: “Aruba wants to reopen the border with Venezuela, but this needs to happen under very well-defined conditions.” During an interview with the local press, the prime minister pointed out that in 2018, Venezuelan president Mr. Nicolas Maduro closed the border between his country and Aruba and Curaçao, accusing Aruba of stealing copper from Venezuela. At that time, the border was closed for approximately five months, until the governments of Aruba and of Venezuela reached concrete agreements under which conditions the border could be reopened. “Aruba doesn’t steal copper from anyone, and we do not accept that Aruba will get a bad reputation because of this”, the prime minister said.

Between May and June of that year, the border was reopened in good agreement between Aruba and Venezuela, but then, in January 2019 once again president Maduro closed the border with the ABC islands – Aruba, Curaçao and Bonaire – because Curaçao was acting as a humanitarian hub for help for Venezuela, and he considered this a reason to close the border with the Dutch islands. “At that time, it was a hard hit, but we have strength in resilience and we found other alternatives”, Wever-Croes said.

In May 2019 the decision was made to reopen the border with Aruba, not with Curaçao or Bonaire as the prime minister pointed out, but Aruba was not ready to accept this as there were no agreements nor conditions under which to agree to open the border. From that moment until now, Venezuelan authorities had not sat down at the negotiation table to reopen the border under safe and responsible conditions. For this reason, Aruba has invited Venezuelan authorities once again to sit at the negotiation table in Curaçao, to reach concrete agreements to reopen the border responsibly. This is because there are mixed feelings both in people who live in Aruba and want to travel to Venezuela, as well as business owners who want to import products at a more affordable price.

The Hilton Aruba Caribbean Resort & Casino, in the vanguard of...

The Hawkins honored as Emerald Ambassadors