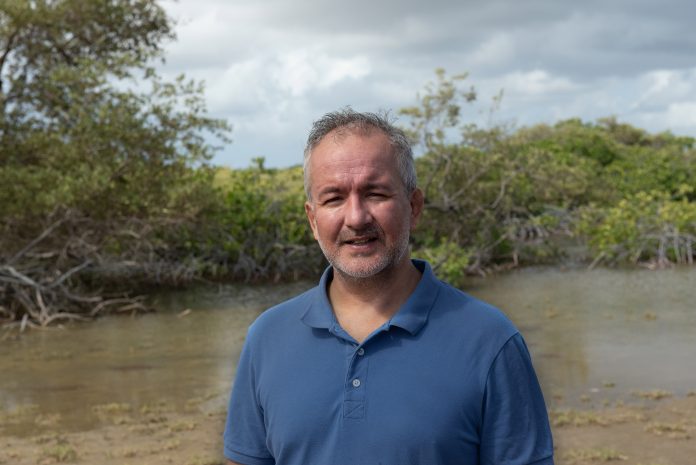 Passion for the Caribbean

DCNA’s New Executive Director Mr Verhoeven is a serial entrepreneur and conservationist living on Bonaire. His love for Bonaire arose when his parents moved to the island almost 30 years ago. Ever since the island, with its nature, culture and people became part his life. Over the years he could also clearly see the rapid changes of Bonaire.

Mr Verhoeven grew up in The Netherlands. After graduating with a ba in marketing and working in Turkey first, he joined his parent’s advertising agency as an account manager. Quickly followed up by taking over the family business at the age of 26. For the next 20 years he expanded the agency to become one of the leading “business to business”

agencies in The Netherlands. In 1995 he started one of the first Dutch internet service providers, which became a large multimedia agency. In 2014 he joined an international big data company that specialized in social media monitoring tools. For the governments on Bonaire and Curaçao he helped to develop the first algorithm that could recognize the Papiamentu and Papiamento languages.

In 2018 he, his wife and two daughters finally moved from Eindhoven to Bonaire, where his mother still resided. His concern for nature led him to join the mangrove restoration work in Lac, becoming one it’s core conservationists. Since 2021 he is a founding board member of the Mangrove Maniacs Foundation. This group of mainly volunteers works hard to preserve and restore the mangroves on Bonaire and works together with other ngo’s in the region to share knowledge and skills.

Safeguarding nature in the Dutch Caribbean

In his new role as Executive Director at DCNA Mr Verhoeven aims at further strengthening the organization, improving the services and helping the islands to get more awareness to preserve our nature. Supported by island park management authorities, DCNA Board members and secretariat, Mr Verhoeven leads efforts to build ties not only within the Dutch Caribbean, but regionally and nationally, developing strong working relationships with the Dutch Ministries and top tier conservation organizations such as the International Union for the Conservation of Nature, Bird Conservation Netherlands and the World Wildlife Fund for Nature.

“DCNA is magnificent. In essence this alliance is about working together. It’s about how you can cooperate and share with others, instead of thinking about yourself first. I believe that if you help others to thrive, you will thrive yourself. What makes me proud to serve this team is this collective spirit, where the differences between the islands are an enrichment and where the similarities easily make us aware that we are all in the same boat.” stated Mr Verhoeven.