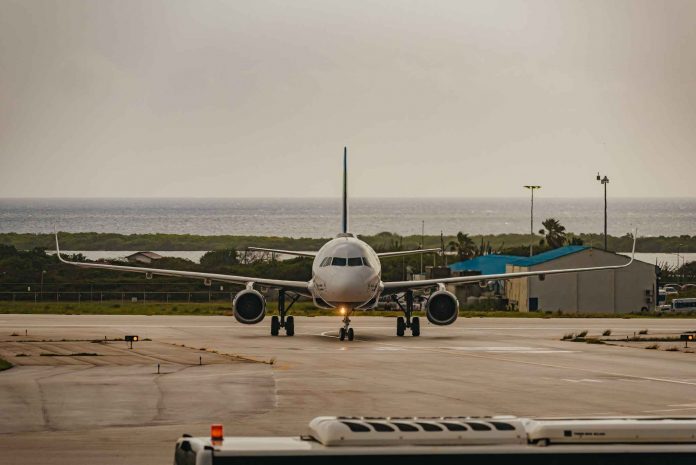 In November 31,431 Revenue Generating Passengers (RGPs) travelled out of the Queen Beatrix International Airport (AUA Airport) to the various markets. This was 38% more than October 2020. In November 28,480 passengers (pax) travelled to the US, 130 to Canada, 1,288 pax to Europe and 1,345 pax to the Netherlands Antilles.188 pax departed also on repatriation flights to Latin American destinations. The figures for November 2020 are 35% less than what was forecasted for this month and compared to 2019 AUA Airport has recovered 32% during November versus the same month 2019.

An average outbound load factor (LF) (number of seats of the total seats on board an aircraft that are occupied when departing from AUA Airport) for the US Market of 48% (excluding de-densification of aircraft) was reported during the period of November 1 through 30, 2020, while the LF for the European market was 43%.

During November, AUA Airport averaged 16 flights per day, down from about 35 daily flights from the same month last year. For December 2020 AUA Airport has forecasted handling approximately 60,000 departing passengers. This estimate however could yet be affected because of travel restrictions that continue to apply in various countries of the word and with the further uncertain effects of the pandemic worldwide. A recuperation of approximately 57% is expected to be reached as a result for December 2020 versus December 2019 based on current insights.

“We had a lot of aircraft movements during our second month of this winter season 2020/2021, but the load factors have yet to recover further during versus what was forecasted. The opening of the borders with Latin America and the Caribbean and the return of flights form TUI and increased operations of KLM during December will ensure not only more flights but also more passengers using our airport. We hope that our forecasted figures for December 2020 will be realized with this extra push of flights and that flights as indicated by our airline partners will continue as planned for the end of this year months and into 2021,” said Aruba Airport Authority N.V. CEO Mr. Joost Meijs. Based on the latest insights it is expected that AUA Airport will end up with a 35% – 40% traffic recovery for total departures compared to the year 2019.

Elements Hailed as Top 10 Restaurant in the Caribbean by TripAdvisor®:...