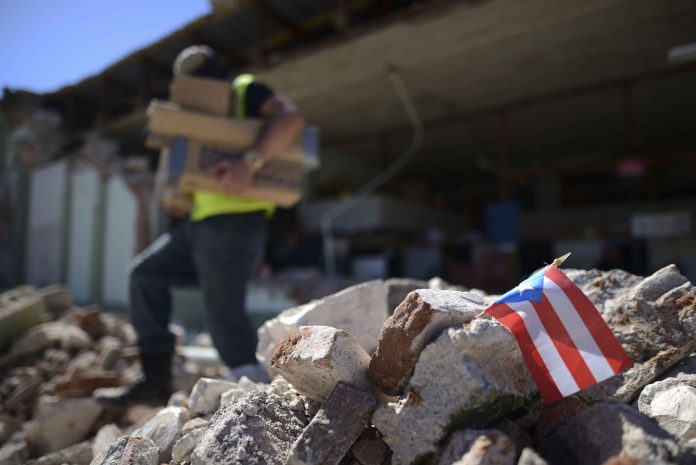 Candidates from five parties are vying Tuesday to become Puerto Rico’s next governor, facing voters in the U.S. territory weary of corruption and seeking relief from an onslaught of hurricanes, earthquakes and the coronavirus that has deepened a decade-long economic crisis.

The election is coming as Puerto Rico struggles to restructure a $70 billion public debt that the island government says is unpayable and just over a year since street protests led former Gov. Ricardo Rosselló to resign. The protests began after someone leaked a private chat between him and other officials that included homophobic remarks, jokes about Hurricane Maria victims and comments that prompted investigations into possible corruption.

The field of six includes four candidates not allied with the two parties that have long dominated politics on the island — the pro-statehood New Progressive Party and the Popular Democratic Party, which supports keeping territorial status. They are Juan Dalmau of the Puerto Rican Independence Party, Alexandra Lúgaro of the Citizen Victory Movement, César Vázquez of the Dignity Project and Eliezer Molina, who is running as an independent.

Representing the two traditional parties are Charlie Delgado for the Popular Democrats, the longtime mayor of the northwestern coastal city of Isabela, and Pedro Pierluisi for the New Progressives, who beat interim Gov. Wanda Vázquez in the party primary. Pierluisi represented the U.S. territory in Congress for eight years and served briefly as governor during last year’s political turmoil.

“It’s a new ballgame,” said Mario Negrón Portillo, retired head of the school of public administration at the University of Puerto Rico. “After what happened last summer, there’s a lot of uncertainty and a lot of doubt about how that will be reflected … Will what happened truly take root?”

Candidates know some people are seething over government corruption, inefficiency and lack of transparency and have pledged measures such as greater scrutiny of contracts. Lúgaro, for example, said she would cap salaries of agency directors and ban the legislature from awarding contracts to family members. Dalmau’s proposals include banning the government from awarding contracts to those previously convicted of corruption.

The island traditionally has had high voter participation, but tens of thousands of people left after Hurricane Maria battered Puerto Rico in September 2017, causing more than $100 billion in damage and killing an estimated 2,975 people in its aftermath. More left following a series of strong earthquakes that began last December, and others have been chased away by the long economic crisis that has more than 40% of the island’s 3.2 million people living in poverty.

“Everyone is going to lose voters,” Negrón said of the five parties, one of the highest number of parties to participate in recent years.

Still, there are indications of enthusiasm for casting a ballot. Long lines formed at the elections commission this year before the deadline for registration, some of them young people encouraged by pictures that reggaeton superstar Bad Bunny posted as he brandished his voter ID.

“Puerto Rico needs a change,” the musician, whose real name is Benito Martínez Ocasio, said when he registered to vote in August. “Enough of the abuse of the same two parties that have sequestered Puerto Rico for decades … it’s time to make history.”

A Gaither poll conducted in September and October for the newspaper El Vocero said 23% of those surveyed remained undecided. Meanwhile, 56% declined to identify with any party, 20% backed the New Progressives and 15% the Popular Democrats.

In addition to electing a governor, Puerto Ricans will be voting in a nonbinding referendum on statehood, an addition that many islanders consider a ploy by the administration of the pro-statehood New Progressives to draw out supporters. It is the island’s sixth such plebiscite, but the first to ask a single, simple question: “Should Puerto Rico be admitted immediately into the union as a state?” Regardless of the outcome, Congress would have to approve of it.

Twenty-year-old Isis Rodríguez Caraballo is one of those who will be voting for the first time.

“The people who are governing right now are not working for the people, but for themselves,” she said.

Rodríguez was worried the pandemic had dampened the energy that fueled last year’s protests, but then she got together with relatives a week ago. She described most of her family as traditional yet found they were talking about change.

“They believe there are certain candidates who can give us a better future,” she said. “Many people are tired of the same old thing.”