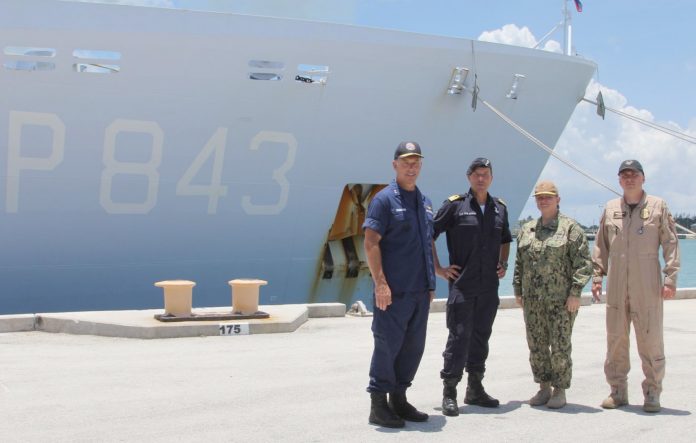 Stopping the flow of illicit drugs in the Caribbean is a team effort. 25 years ago the Royal Netherlands Navy joined JIATF-S in Key West, FL. The Commander of the Dutch forces in the Caribbean took up the role of Commander Task Group 4.4 (CTG4.4) and has been part of the international effort against illicit trafficking in the region ever since.

Recently the Dutch Navy ship HNLMS Groningen visited Key West, where the Director JIATFS RADM DeQuattro and Deputy Director RDML Keck were welcomed aboard to celebrate 25 years of close cooperation between The Netherlands and the United States.

As CTG4.4 the Dutch Navy helps to improve regional security. The smaller (islands) states of the Caribbean, including the islands of the Dutch Caribbean, can’t fight organized crime and the flow of illicit trafficking of drugs and weapons on their own. International partnerships form the solution. In JIATFS 20 countries from the Latin American and Caribbean regions work together to combat illicit trafficking.

Drugs are a worldwide problem. In the Caribbean region most of the drugs smuggled across are cocaine, on its way to the US or Europe. Often it comes together with illegal migration and guns trafficking. Every year violence related to drugs trafficking results in the loss of life of hundreds of people, of which many are innocent. The drug problem weighs heavy on society, accounting for significant costs in health care, law enforcement and prevention.Q

Azure Beach Residences The Villas: Your Own Beach Villa with a...