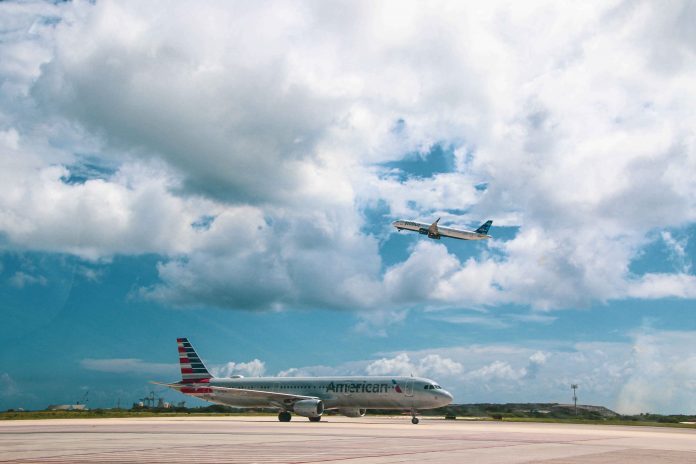 In October, the first month of our winter season 2020, 22,758 Revenue Generating Passengers (RGPs) travelled out of the Queen Beatrix International Airport (AUA Airport) to the various markets. This was 35% more than September 2020. In October 20,812 passengers (pax) travelled to the US, 1,487 pax to Europe and 381 pax to the Netherlands Antilles. The latter market only allowed for essential travel up to October 19, 2020 after which borders with Curacao and a bit later Bonaire were re-opened. 78 pax departed also on repatriation flights to Caribbean and Latin American destinations. The figures for October 2020 are 14.5% less than what was forecasted for this month and compared to 2019 AUA Airport has recovered 25% during October versus the same month 2019.

An average outbound load factor (LF) (number of seats of the total seats on board an aircraft that are occupied when departing from AUA Airport) for the US Market of 52% (excluding de-densification of aircraft) was reported during the period of October 1 through 31, 2020, while the LF for the European market was a mere 38%.

During October, AUA Airport averaged 10 flights per day, down from about 33 daily flights from the same month last year. For November 2020 AUA Airport has forecasted handling approximately 48,000 departing passengers. This estimate however could yet be affected because of travel restrictions that continue to apply in various countries of the word and with the further uncertain effects of the pandemic worldwide. A recuperation of approximately 49% is expected to be reached as a result for November 2020 versus November 2019 based on current insights.

“The winter season 2020/2021 started off with a less than forecasted amount of revenue generating departing passengers for October. We hope that November and December will be more within the range of the estimated forecast for those winter months and that flights as indicated by our airline partners will continue as planned for those months and into 2021,” said Aruba Airport Authority N.V. CEO Mr. Joost Meijs.

Based on the latest insights it is expected that AUA Airport will end up with a 35% – 40% traffic recovery for total departures compared to the year 2019.

Together we can make a difference