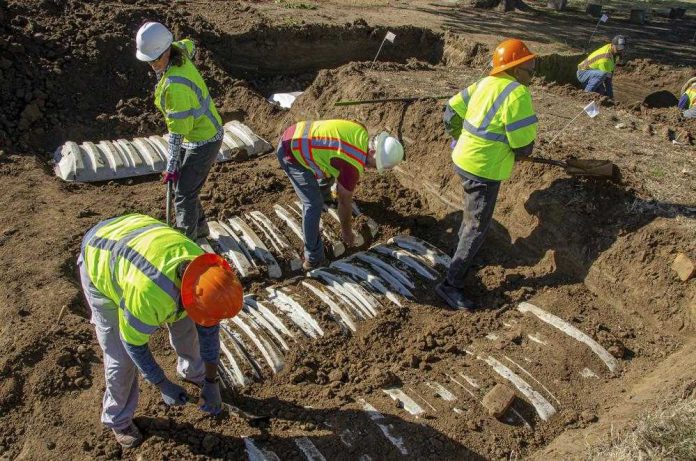 (AP) – The search for remains of victims of the 1921 Tulsa Race Massacre has turned up 21 additional coffins in unmarked graves in the city’s Oaklawn Cemetery, officials said.

The coffins, then the remains, will be examined to see if they match reports from 1921 that the victims were males buried in plain caskets.

The work, by hand, was still under way. The types of coffins and gender of the victims have not been determined, according to the city’s statement.

A violent white mob targeted Black people during the massacre, in which more than 1,000 homes were burned, hundreds were looted, and a thriving business district known as Black Wall Street was destroyed. Historians have estimated the death toll at 75 to 300.

Fourteen sets of remains exhumed from those coffins were selected for DNA testing, and two had enough DNA to begin sequencing and start developing a genealogy profile.

The current search includes reexhuming and removing to a lab at the cemetery the other 12 remains in an effort to collect more usable DNA in an effort to eventually identify them.

All the remains will be reburied, at least temporarily, at Oaklawn, where the previous reburial was closed to the public, drawing protests from about two dozen people who said they are descendants of massacre victims and should have been allowed to attend.

The massacre wiped out generational wealth, and victims were never compensated, but a pending lawsuit seeks reparations for the three remaining known survivors. They are now more than 100 years old.