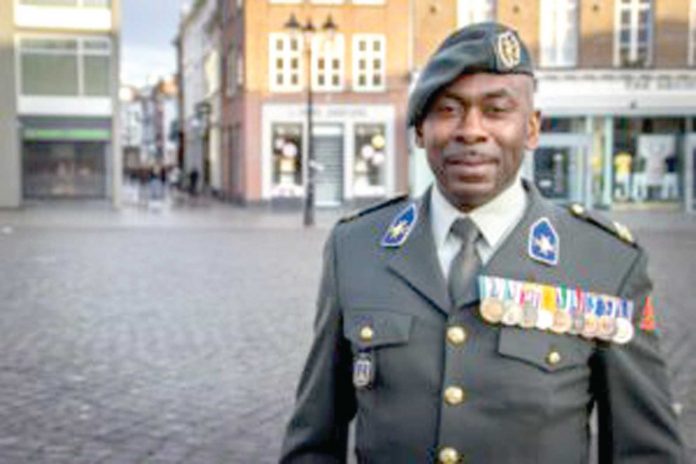 What do we actually know about the role of our Caribbean islands during World War II? “Far too little”, says former marine Jos Rozenburg. He did research for years and wrote a book about it.

“With the rest of the Netherlands, I also thought there was never any fighting on the islands during World War II. Nothing could be further from the truth. In fact, without the help of our Caribbean islands, the war would have lasted longer.” The islands were terribly important because the refineries that fueled the planes and tanks of the Allies were located here. The Germans have attacked Aruba and Curaçao.

During the war, residents were ordered to live in total darkness at night, so that the German submarines could not see the coast. “Residents had to darken all the windows of their house. Cars ran without lights at night. It was pursued immensely, no light was visible anymore,” says Rozenburg.

“The greatest deeds that have been performed have been neglected,” Rozenburg states. “In secondary school, the islands are taught from a Dutch perspective. Everyone knows Anne Frank, but if you ask about their own history, people only know one thing. The eclipse.”

Not hundreds, but thousands of Caribbean names found

For eight years, Rozenburg – in his spare time – researched the role of the Caribbean islands during the Second World War. It produced not hundreds, but thousands of Caribbean names. The Caribbean men often worked in the engine room of ships. “That was the most dangerous place with a submarine in the area. If you were torpedoed, the chances were very high that you wouldn’t get out alive. ”

“There are war graves of Antilleans all over the world. When I heard that the war would probably have lasted longer without the islands, I fell silent,” says Elvis Manuela. He is a sergeant major in the Ministry of Defense and was born in Curaçao. “When I hear these kinds of stories, I get very proud and at the same time it eats at me that we learn so little about this.” Both Rozenburg and Manuela conclude the lack of involvement of the Caribbean community in this matter. Especially now that the Kingdom of the Netherlands is celebrating 75 years of liberation. “People don’t know what role the islands played. ”

My dream is for Caribbean students to learn about this

Rozenburg’s dream is for the book to be translated into Papiamento and for students to learn more about “their own and our shared history”. “We must tell the youth in their own language about the exploits of their grandmas and grandpas. But I don’t have the resources. I am still looking for help. ”

Both would like a meeting with Minister Ank Bijleveld of Defense. “Moreover,” says Manuela, “these stories can help a lot in the fight for more diversity within Defense. You realize that as a person, even from a small island, you can mean so much to the world. ” Source: Caribisch Netwerk.

What happens if I show COVID-19 symptoms/test positive while in Aruba?