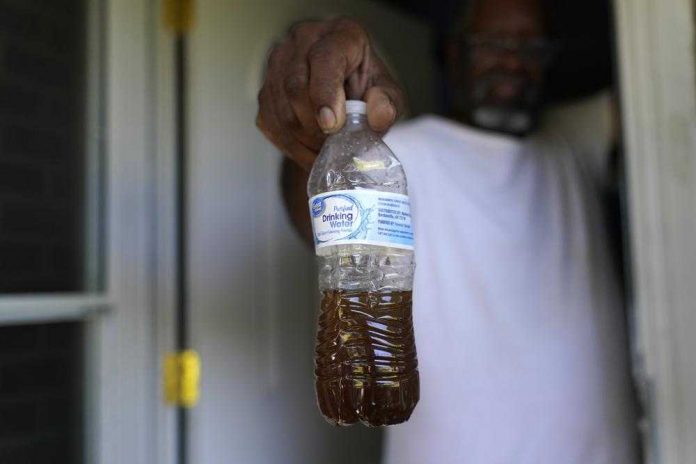 KEYSTONE, W.Va. (AP) — Donna Dickerson’s heart would sink every time she’d wake up, turn on the faucet in her mobile home and hear the pipes gurgling.

“It was sickening, literally a headache and it disrupted everything,” she said. “Out of nowhere, the water would be gone, and we’d have no idea when it’d be back.”

While failures of big city water systems attract the attention, it’s small communities like Keystone, West Virginia, that more often are left unprotected by destitute and unmaintained water providers. Small water providers rack up roughly twice as many health violations as big cities on average, an analysis of thousands of records over the last three years by The Associated Press shows. In that time, small water providers violated the Safe Drinking Water Act’s health standards nearly 9,000 times. They were also frequently the very worst performers. Federal law allows authorities to force changes on water utilities, but they rarely do, even for the worst offenders.

The worst water providers can have such severe problems that residents are told they can’t drink the water. For 10 solid years Dickerson and 175 neighbors in the tiny, majority Black community of Keystone had to boil all their water. That length of time is nearly unheard of — such warnings usually last only for days. The requirement added gas and electricity costs on top of the water bill. In addition, residents would lose water outright for days or even weeks at a time with no warning.

A coal company had built the original system, but since left, leaving no one in charge.

When Dickerson’s water went out, she would drive the dying county’s winding mountain roads to the food bank, or buy water at Dollar General – one of the area’s only stores. She’d haul containers back home and heat up pots on the stove to fill the tub, so her mother could bathe. She stored water in containers in her mobile home’s two bathrooms to flush toilets. Dishes and laundry would pile up.