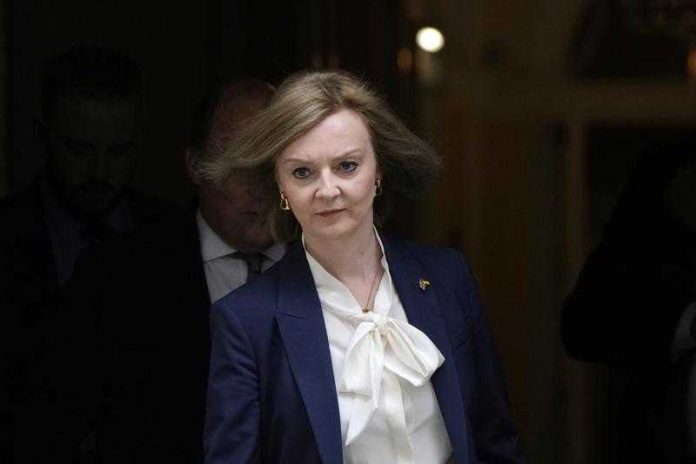 LONDON (AP) — The British government insisted Sunday it has robust cybersecurity for government officials, after a newspaper reported that former Prime Minister Liz Truss’ phone was hacked while she was U.K. foreign minister.

The Mail on Sunday said that the hack was discovered when Truss was running to become Conservative Party leader and prime minister in the summer. It said the security breach was kept secret by then-Prime Minister Boris Johnson and the head of the civil service.

The newspaper, citing unnamed sources, said Russian spies were suspected of the hack. It said the hackers gained access to sensitive information, including discussions about the Ukraine war with foreign officials, as well as private conversations between Truss and a political ally, former Treasury chief Kwasi Kwarteng.

The U.K. government spokesperson declined to comment on security arrangements, but said it had “robust systems in place to protect against cyber threats,” including regular security briefings for ministers.

Opposition parties demanded an independent investigation into the hack, and into the leak of the information to a newspaper.

“Was Liz Truss’s phone hacked by Russia, was there a news blackout and if so why?” said Liberal Democrat foreign affairs spokesperson Layla Moran. “If it turns out this information was withheld from the public to protect Liz Truss’ leadership bid, that would be unforgivable.”

“It’s why cybersecurity has to be taken so seriously by everyone across government, the role of hostile states,” she told Sky News. “But also the allegations about whether a Cabinet minister has been using a personal phone for serious government business, and serious questions about why this information or this story has been leaked or briefed right now.”