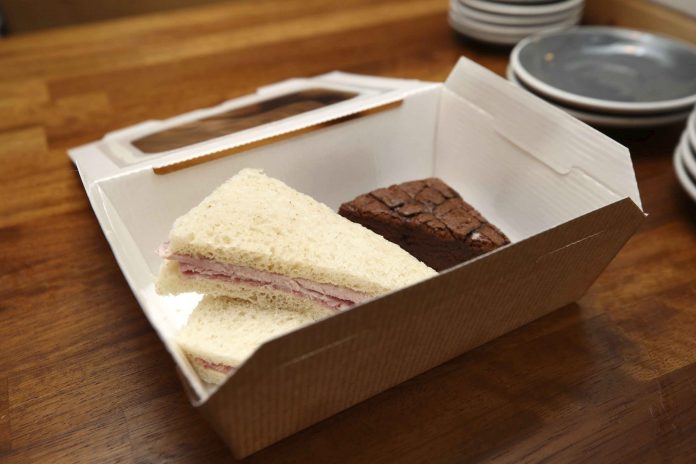 Pediatricians are urging the British government to reverse course and provide free meals for poor children during school holidays as the COVID-19 pandemic pushes more families into poverty.

Some 2,200 members of the Royal College of Pediatrics and Child Health have written an open letter to Conservative Prime Minister Boris Johnson, saying they were shocked by his “refusal” to back down on the issue. The House of Commons last week rejected legislation that would have provided free meals during all school holidays from October through the Easter break.

The doctors say some 4 million children live in poverty, and a third rely on free school meals. Many parents in Britain have lost their jobs or are working reduced hours during the pandemic, making it imperative to make it possible for poor children over the holidays get at least one nutritious meal a day, the doctors argue.

“Families who were previously managing are now struggling to make ends meet because of the impact of COVID-19,” the doctors wrote. “It is not good enough to send them into the holiday period hoping for the best, while knowing that many will simply go hungry.”

Most schools in England begin a one-week holiday on Monday.

The doctors heaped praise on Marcus Rashford, a 22-year-old star soccer player for Manchester United who has used his celebrity to highlight the issue. Rashford’s campaign helped pressure Johnson’s government into providing free meals during a nationwide coronavirus lockdown earlier this year, and he has gathered more than 800,000 signatures on a petition to extend the program.

Rashford has spoken movingly about depending on free school lunches as a child and was recently honored by the queen for his dedication to the issue of child hunger.

Northern Ireland Secretary Brandon Lewis, who spoke for the government on Britain’s Sunday morning news programs, claimed that lawmakers were taking a broader approach. He said the government has increased welfare benefits nationwide and has provided 63 million pounds ($82 million) to local communities to help people.

“What we are looking to do is ensure that we deal with child poverty at the core, putting the structure in place that means even in school holidays, children can get access to the food that they need,” he told Sky News on Sunday.

The opposition Labour Party has warned it will bring the issue back to the House of Commons if ministers do not change course in time for Christmas.

Advocates for children have been shocked by the political stalemate. The Children’s Commissioner for England, Anne Longfield, said she has been both horrified and disappointed by the debate.

“We’re a wealthy country, it’s 2020,” she told Sky News. “To have a debate about whether we should make sure that hungry and vulnerable children have enough to eat is something that is strikingly similar to something we’d expect to see in chapters of ‘Oliver Twist’ — a novel published in the 19th century.”