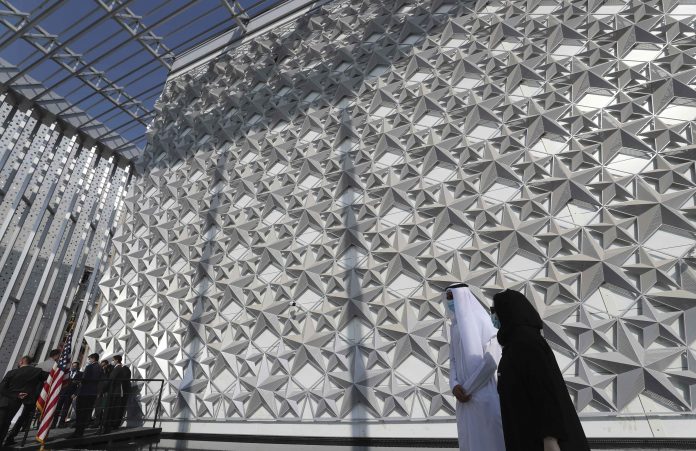 The United Arab Emirates has relaxed and removed a range of limits on foreign ownership of companies, state-run media reported Monday, in the country’s latest bid to boost its global status and attract foreign investors.The overhaul signals yet another startling change for the federation of seven desert sheikhdoms as it grapples with the economic fallout of the pandemic.

Earlier this month, the UAE announced a series of reforms to its Islamic legal code, allowing unmarried couples to cohabitate, improving protections for women and loosening restrictions on alcohol consumption. The country’s Islamic “personal” laws had at times flown in the face of the freewheeling image that the UAE, with its 8 million foreigners and just 1 million Emiratis, sought to project to the world.

The dramatic changes come as the UAE has spent billions of dollars preparing to host some 25 million visitors for the World Expo, which was pushed back to 2021 because of the pandemic. The emirates also expect Israelis to join the legions of foreigners who have opened up businesses and bought apartments in the coastal cities of Dubai and Abu Dhabi following a breakthrough U.S.-brokered normalization deal between the countries. Dubai in particular, which was teetering on the brink of an economic downturn before the pandemic thanks to a weak real estate market, is eager for the influx of capital and travelers. COVID-19 has battered its economy, which draws largely from the tourism, hospitality and aviation industries.

The presidential decree that alters the corporate law helps the UAE “strengthen its leading position regionally and globally as an attractive destination for projects and companies,” state-run WAM news agency reported.

The reforms allow foreign entrepreneurs and investors to set up their own companies without involving local shareholders, the agency said. That’s a welcome development for the country’s many expatriates who long had their ownership capped at 49% in firms outside free zones. Other legal amendments remove quotas requiring that Emiratis hold the majority of board positions and serve as chairs for onshore companies. Companies that want to be publicly traded will be able to sell up to 70% of their shares instead of the current 30% limit.

The amendments will certainly diminish the appeal of 45 “free” zones across the UAE, where those wanting to avoid local-hiring quotas and retain full foreign ownership would set up shop.

The move deals a major blow to longstanding rentier benefits for Emirati citizens, many of whom made their livings as figurehead company partners. Still, no one expects public resistance from locals. Some 80% of Emiratis work in the public sector and receive generous salaries and subsidies. They closely hew the government line in the hereditarily ruled sheikdom. Political parties and labor unions remain illegal.

State-linked newspaper The National reported the decree in further detail, saying the foreign ownership amendments would take effect within six months. Companies could take an entire year to start complying with the changes, it added.