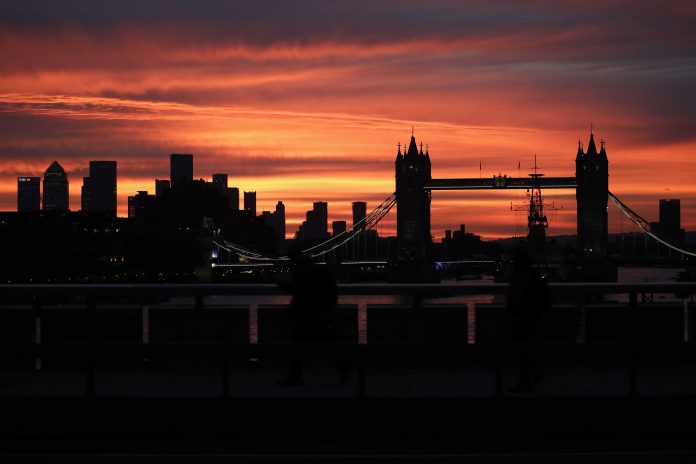 A leading international economic watchdog urged the British government to conclude a free trade agreement with the European Union in the coming days and weeks to support the recovery from the coronavirus pandemic.

In its latest survey of the the British economy, the Paris-based Organization for Economic Cooperation and Development said Wednesday that a trade deal that ensures a close relationship will minimize the costs of Brexit.

The OECD, which monitors and advises its 37 member countries, said the British economy will likely end this year 10.1% smaller than it started following the spring slump when a national lockdown was imposed to suppress the coronavirus outbreak.

Though the British economy recovered around half the output lost during the summer, when the lockdown was eased, the resurgence of the virus in the past few weeks has led to further government restrictions on businesses, both nationally and locally. As a result the economy is set to lose steam and potentially fall back into recession during the winter.

The OECD warned that the economy will be further hobbled by a rise in unemployment, which has been largely held in check this year by a wage support program. With that ending this month, the OECD is forecasting a spike in unemployment to 5.3% by the end of this year from 4.3% at present.

The organization warned that the economy won’t have recovered all the ground lost during the pandemic by the end of 2021 as it is estimating growth of 7.6% for next year – assuming the U.K. and the EU will have reached a free trade arrangement.

Alvaro Pereira, on OECD director, said in a news conference that any form of Brexit “obviously compounds” the economic effects of the pandemic but that a trade deal would “help minimize the impact.”

Though the U.K. left the bloc on Jan. 31, it is in a transition period that sees it remain within the EU’s tariff-free single market and customs union until the end of this year.

A trade deal would ensure there are no tariffs and quotas on trade in goods between the two sides, but there would still be technical costs, partly associated with customs checks and non-tariff barriers on services.

According to the OECD, even a smooth trade deal would see the British economy around 3.5% smaller in coming years than it would have been had it remained within the EU. That would more or less double if the talks collapse and there is no deal. The OECD said a no-deal outcome would have “a major negative impact on trade and jobs.”

British Prime Minister Boris Johnson had set a summit of EU leaders on Thursday as the deadline for a trade deal, but the talks are widely expected to continue for a few more weeks.