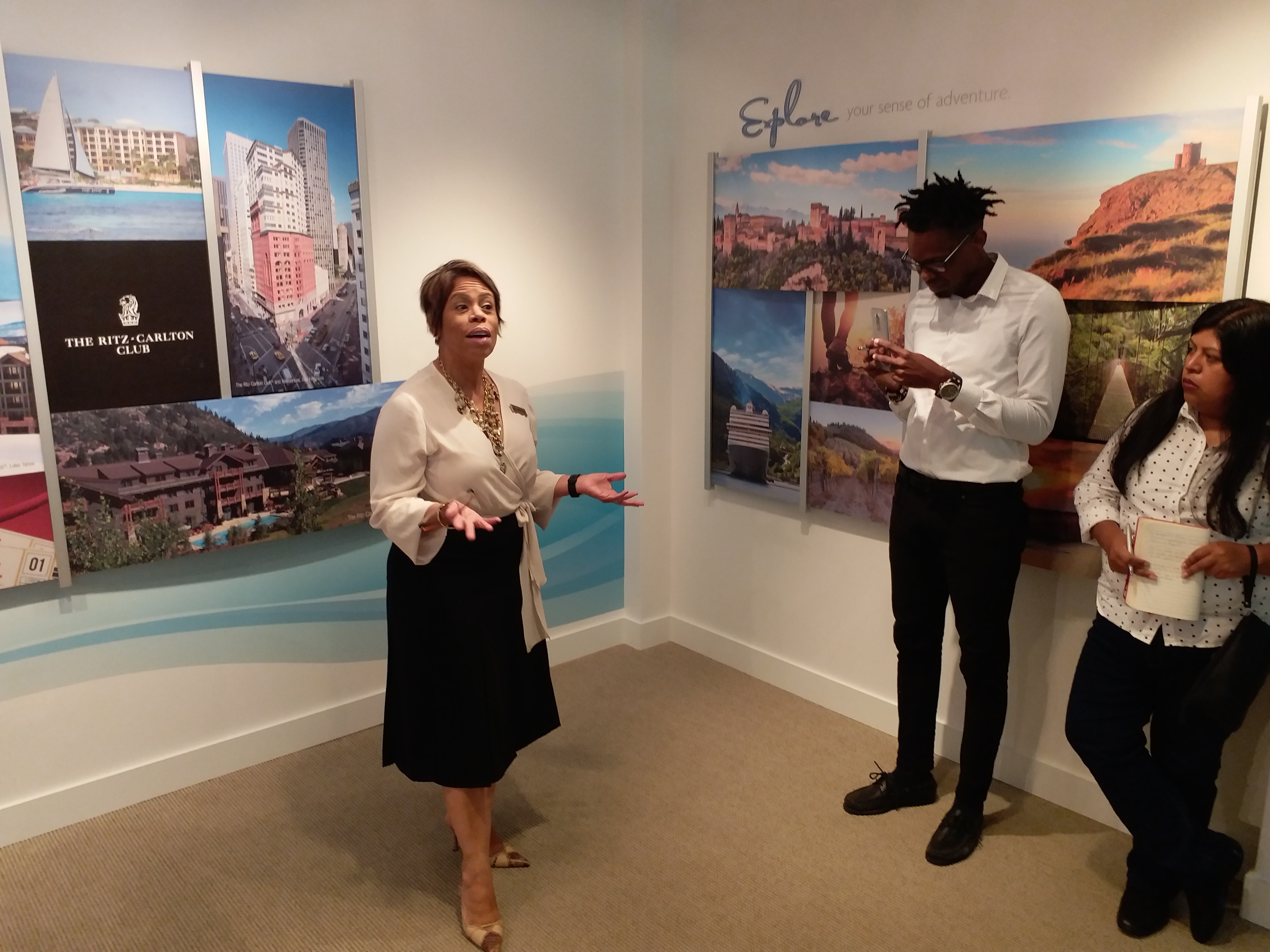 ORANJESTAD – With hurricane Irma passing through St. Maarten the main economic pillar of the island was severely damaged: tourism. The time share owners did not think twice and went to ‘their island’ to give a helping hand. This is a phenomenon that was highlighted various times during the 19th International Shared Ownership Investment Conference at Miami in October 2017 to indicate the importance of this segment of the tourism industry: time share.

Aruba Today and Bon Dia were both present during the 19th International Shared Ownership Investment Conference by invitation of one of the main sponsors of this event: Interval International. This company sets up programs for memberships and provides services for her clients, time share owners, worldwide.

Interval International has 32,000 time share resorts in her portfolio, spread out over 80 countries worldwide. One of the striking points that came out during the different sessions is the loyalty of the time share owner to the destination, referring to St Maarten after hurricane Irma destroyed the island on a large scale. St. Maarten likely Aruba has a large time share segment and what happened after the disaster was that time share owners went back as soon as possible.

Not only to see what happened to their time share accommodation, but also to help the island and especially the local people. This shows that this segment of tourism also has a social value for destinations, besides the economic contribution. There is a strong bonding between the time share owner and the destination with regards to the local inhabitants,
local community and environment.

Global Developments
During the general session of the conference it became clear that globally visitors wish to contribute to the local community while on vacation. There is a need of having social value to the destination and do something for a good cause. The message of the session presented to the participants, consisting of many time share owners, time share sellers, time share promoters and time share developers, was that volunteer tourism can be a tool for sales and promotion/marketing.

New, fast-growing markets in the time share industry would be Mexico/Latin America, Asia and big cities. The latter is a very new development in the market where tourists buy a room/apartment for time share in a big city like New York, Paris, Singapore etc. Another remarkable point is that the membership programs are upcoming where you can interchange your time share in Aruba Marriott with a Marriott in New York for example. Or even more adventurous: a trip in nature or a cruise vacation.

Who is the Time Share Owner?
It was stated during the conference that it is a misinterpretation that all time share owners are of older age. Time share owners go as far as 19 years of age, but the majority are families and people of 55 years old and up. The average time share owner has a higher education level and is an affluent traveler.

The average income is $93,000 per year, the type of visitor the Aruba Tourism Authority has
characterized as their target market. The Caribbean is the largest destination market when it comes to time share. For decades the region is dominating, especially for the American buyers as the Europeans target South European countries like France and Spain.

Several speakers during the conference marked the Caribbean as one of the most attractive regions in the world. “There are even a lot of Americans who prefer the Caribbean over their
own country, like for example Miami. This is largely for safety reasons. They also consider the Caribbean safer than Europe, moreover because of the terrorism threat.

Competition Airbnb
The competition of Airbnb and other similar accommodations for the hotels and resorts is bigger in the last few years. Time share feels this competition too, it was said during the conference. There were no clear answers or solutions expressed by the speakers of the conference how to convince the visitor to buy time share, but more focus on the details of the time share itself in the sense of value and points programs.

So in that sense a time share can offer the same flexibility as alternative accommodations, with the membership programs you can change destinations as desired. For Aruba we can see a loyal time share owner that likes to stick to the destination and in the end will pass it on to their children. The memories and bonding with the island make them loyal to the
destination. They consider it their second home.

Sustainability
Neil Kolton, Director of Resort Sales & Marketing and colleague Samy Gonzalez, Region Manager Resort Sales & Service for Interval International, talked to Aruba Today about the developments within the Caribbean region, specifically the time share in small islands like Aruba. The impact on tourism in general came to the table: more construction of time share resorts, more traffic, more pressure on our beaches and nature, public health and the import of foreign labor to be able to offer the requested services in the industry.