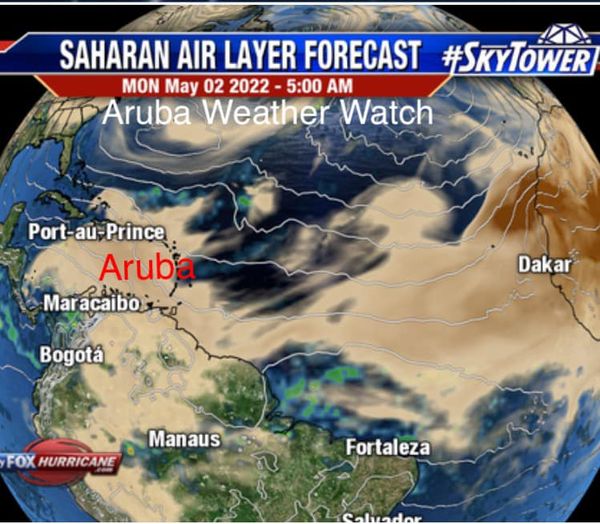 Aruba Weather Watch previously issued a forecast in which it informed that visibility would be reduced to the presence of fine dust from the Sahara Desert.

The Saharan dust cloud, as its name suggests, comes from the Sahara desert. When the general direction of the wind in the upper part of our atmosphere is blowing the southern part of the southwest towards the northern part of the northeast, the dust particles can e carried far onto other parts, even into parts of the European continent. Often Originating from the Algerian deserts, the dust particles are sometimes brought even further into eastern, western, northern Europe as well.

This phenomenon forms what’s known as The Saharan Air Layer, which is a mass of very dry air, filled with the desert dust that formed over the Sahara Desert, which usually happens during late spring, summer and early autumn. It will move over every three to five days, with sometimes the event reaching very high volumes of dust and reaching further and further.

AUA Airport is ready to add the next chapter to its...