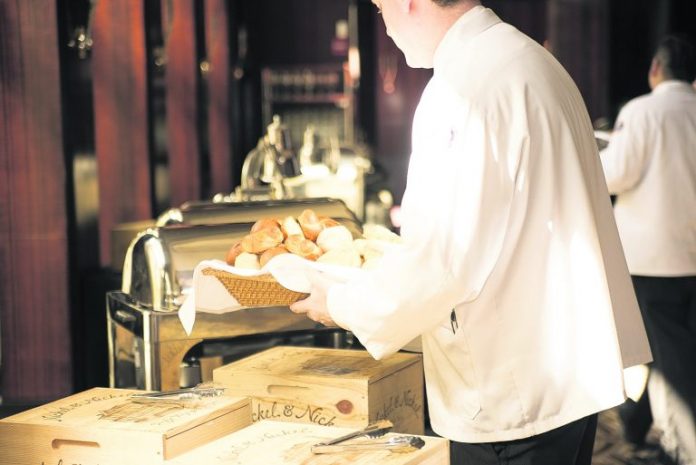 The Amigoe featured an article on March 30 titled “Hotels are cutting staff without a legal basis”. The following article is based more how the restaurant/ bar business are coping with the corona crisis.

After reading the Amigoe article it is inevitable that some picture could be created of horeca (hotels/ restaurants/ cafes) explorers that for the least unexpected and slight scenario are dispersing staff. Now mind you that the corona pandemic is not slight in size: In the USA alone 3 million people lost their jobs from one day to the next. Our F&B (Food & Beverage) sector is now waiting for the Aruba Government (that is really taking her time) to reveal an emergency plan. Wat can we expect from FB operators and what can we not?

AHATA recently published a long list of tax increase measures that were introduced since 2013. From this list we can deduct that time after time the horeca sector was surprised with “adjustments” that only increased the cost of business. It is no surprise that under these never-ending adjustments it has been quite challenging for the horeca sector to create a reserve. The fiscal measures which were introduced lately as fiscal reform had no other intention to lower the deficit of the GOA. A GOA that relatively does very little or not enough to lower her own expenses. The F&B sector of about 5000 employees divided over roughly 500 establishments has come to a halt and is in limbo which income she could generate in May & June and beyond. The sum of Afl. 950 that has been mentioned as financial aid for the F&B employees by the GOA. The public servant’s sector with approximately another 5000 employees still has 100% job security and (at least) a full income. According to the Prime Minister everyone should make a sacrifice but it would serve GOA to translate this in deeds instead of words.

A positive development we find in the timeshare sector. In the next few months timeshare resorts will meet with their Board of Directors in finding approval for next years budget that will include all operational expenses including staff. The result of this exercise is the maintenance fee for 2021. The timeshare sector still with about roughly 40% of rooms inventory through their set-up is giving some security that at zero occupancy at least the staff salaries have been secured. But even this sector after a budget has been approved is facing increased cost of business surprises of fiscal nature where the Ground Tax (Grond belasting) for a timeshare resort like for example CL was Afl. 170,000 which was not budgeted. Take along the beach tax and the unexpected expenses in favor will have to be compensated with the unexcepted fiscal adjustments. For sure is that the time share sector is better able to cope with the crisis compared to the transient sector which from one week to the next registered close to zero occupancy and dependent from income…which at this point is ZERO, not just in Marc but for months to come.

How social is the F&B business? Or how anti-social? Wat can this sector expect now aside from a few exceptions of drive through, and take-out is CLOSED? Are these Mom & Dad operators going to continue to pay staff salaries? Why did this sector not create reserves for a rainy day? To start off with the answers, there is not one operator that was pleased closing their restaurant with the consequence of offering her staff an uncertain future. It hurts and hurts a lot and there would be some light at the end of the tunnel if there would be some certainty that this would last one or two months. Due to the mega corona crisis in the USA I am of the personal opinion that this still could take months and months and extend into 2021. Securing the staff salaries for months to come would mean that not one F&B business would have any (small) reserve left for the start-up. This would result in the restaurant closing premature and that according to the GOA is not an option. Roughly 200 restaurants opened their doors between 2010 – 2020 in Aruba of which the majority experiencing small profit margins. Several based on the margins closed within a year. Why do otters survive? “This is wat we are doing is the answer of the majority and we hope that the next year is better”. Former AHATA CEO Jim Hepple was always of the opinion that there were too many restaurants in Aruba. More tourists, more restaurants but the cake is now divided among more restaurants and the prospects in making money or creating a reserve is there for a few.

Back to the questions. Can Mom & Dad operators still afford to pay their staff without GOA aid? The answer will not surprise you is negative. Wy did this sector not create reserves? The answer is because it is continuously taking water to the ocean as we collectively have to pay for the public debt. The reserves that restaurants face is the unexpected breaking down of a dishwasher, replacing an ice machine or re-printing menus after the GOA decided that BBO taxes should be included in the price featured on the menu. Low tax compliance of those businesses not paying their fair share is putting extra weight on those that do pay their taxes. Those in arrears are now being compensated with a discount as a stimulus package to kick start the economy! Amazing and only in Aruba!! Provided that all taxes were collected diligently we would not be in need of an emergency fund.

A last but very important question is one the restaurant employee will ask their employer: “What are you going to do for us”? And my answer: I am going to ask the GOA in making a substantial contribution of the GOA and 5000 public servants (maybe even 50%) which can be placed in the emergency fund. From this fund we can perhaps do better than paying the employees Afl. 950 per month.

And we have ample time now to set out for a good plan (with less bureaucracy) to kick start the island’s economy when all is going back to normal. Hopefully in an organized manner because when we all F&B operators start up at the same time, we may risk of many of the operators not being able to make ends meet and we would be back to square one.