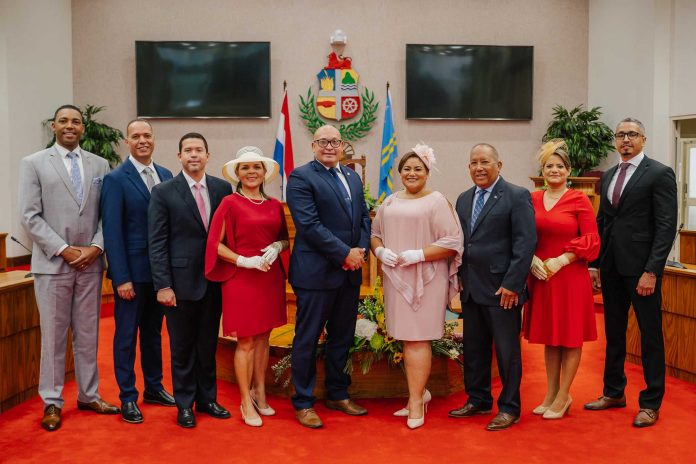 On Friday, September 17, 2021, the swearing-in of the eight newly appointed members of Parliament took place in Cas Ceremonial di Gobernador.

After a brief introduction by the Deputy Director of the Cabinet of the Governor, the Parliament members to be sworn in were individually called to the front, where they were presented to the deputy. Governor of Aruba, Her Excellency Yvonne Laclé-Dirksz, they took the oath or made the promise. The obligation for members of the Parliament to take the oath or promise before accepting office is outlined in Article III.11 of the Constitution of Aruba.