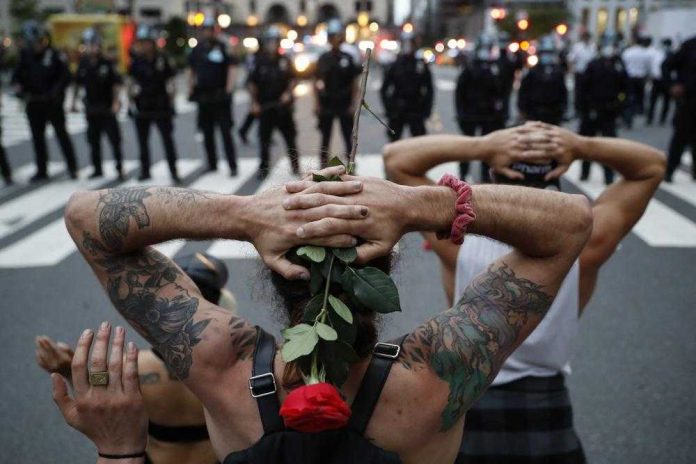 RICHMOND, Va. (AP) — The national reckoning on race and policing that followed the death of George Floyd — with a Minneapolis police officer’s knee on his neck — spurred a torrent of state laws aimed at fixing the police.

More than two years later, that torrent has slowed.

Some of the initial reforms have been tweaked or even rolled back after police complained that the new policies were hindering their ability to catch criminals.

States collectively approved nearly 300 police reform bills after Floyd’s killing in May 2020, according to an analysis by the Howard Center for Investigative Journalism at the University of Maryland. The analysis used data from the National Conference of State Legislatures to identify legislation enacted since June 2020 that affects police oversight, training, use of force policies and mental health diversions, including crisis intervention and alternatives to arrests.

Many of the accountability laws touched on themes present in Floyd’s death, including the use of body cameras and requirements that police report excessive force by their colleagues. Among other things, police rights measures gave officers the power to sue civilians for violating their civil rights.

North Carolina, for example, passed a broad law that lets authorities charge civilians if their conduct allegedly interfered with an officer’s duty. But it also created a public database of officers who were fired or suspended for misconduct.

EU rejects any US attempt to invoke Iran nuclear deal