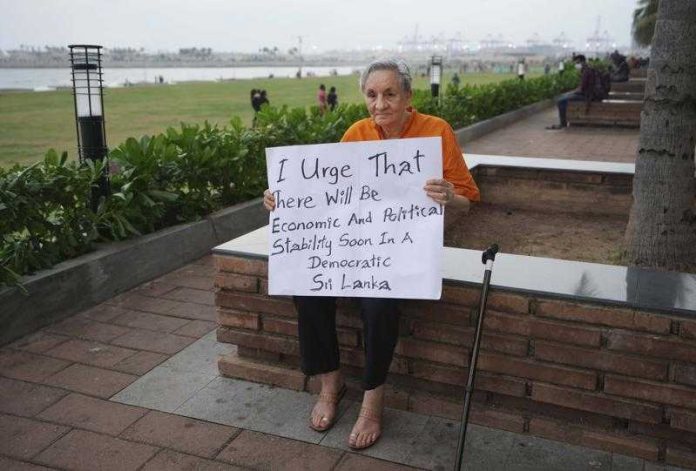 COLOMBO, Sri Lanka (AP) — Sri Lanka’s main opposition party on Tuesday issued a no-confidence declaration aiming at ousting Prime Minister Mahinda Rajapaksa and his Cabinet and blaming them of failing in their constitutional duty to provide a decent living standards amid the island nation’s worst economic crisis in memory.

The move came amid countrywide protests demanding the resignation of Rajapaksa and his younger brother, President Gotabaya Rajapaksa, who the demonstrators hold responsible for the economic crisis.

A majority vote in the 225-member Parliament would be needed to remove Rajapaksa and the Cabinet from power. The United People’s Force can only count on 54 votes but hopes to win votes from smaller opposition parties and defections from the ruling Sri Lanka People’s Front party. The ruling party had nearly 150 votes but that strength has declined amid the economic crisis and defections in a no-confidence vote are possible.

A decision on when to hold the no-confidence vote is expected to happen after members of Parliament start meeting on Wednesday.

The United People’s Force also delivered a no-confidence motion targeting the president but it would not force him to leave office even a majority of lawmakers vote against him.

Sri Lanka is on the brink of bankruptcy after the country’s recent announcement to suspend payments on its foreign loans. The country faces repayments of $7 billion of foreign loans this year of the $ 25 billion it is scheduled to pay by 2026. Sri Lanka has less than than $ 1 billion in foreign reserves.

The foreign currency crisis has limited imports and caused severe shortages of essential goods like fuel, cooking gas, medicine and food. People stand in long lines for hours to buy what they can and many return home with little, if any, of what they were seeking.

Protesters on Tuesday were in their 25th day of their occupation of the entrance to the president’s office, demanding the resignations of Rajapaksa family members who have ruled Sri Lanka for the last two decades.