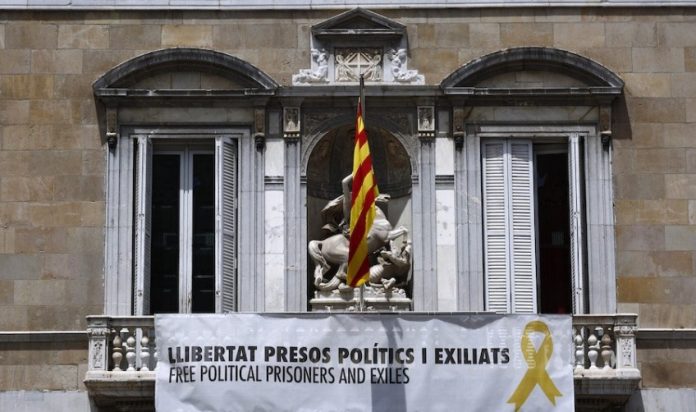 The Spanish government has dismissed the conclusions of a panel of experts working under the United Nations umbrella that called for the release from custody three Catalan separatists on trial in Spain.

The working group said that the three, who were detained following Catalonia’s 2017 secession attempt, were arbitrarily detained and their rights violated. It also suggested that they should receive compensation for their time behind bars and that Spain should investigate their detentions.

The working group is made up of five independent, non-paid experts appointed by the U.N.’s Human Rights Council based in Geneva. Though they are not U.N. staff, their opinions are meant to pressure governments but are often ignored.

However, the Spanish government slammed the report, saying the group’s opinion failed to take into account the crimes said to have been committed as well as ignoring Spain’s laws that ban referenda on the independence of a part of the country.

It said that the group’s is calling on the government to take a decision that only courts can take.

In a statement, the government raised “doubts” about the group’s “independence and impartiality” and called on the U.N. to make sure that its semi-independent working groups are not used “for spurious purposes.”

The three Catalans are among a dozen separatist leaders on trial at Spain’s Supreme Court on a number of charges, including rebellion, for their roles in disobeying a court ban and holding a prohibited independence referendum as well as making a subsequent independence declaration on Oct. 2017.

With hearings in the ongoing televised trial set to end in mid-June, state prosecutors on Wednesday said they are upholding their proposed sentence of 25 years for Junqueras, with smaller proposed sentences for the other defendants.

A sentence is not expected at least until September. The defendants have been in jail for more than 18 months and they have become a powerful symbol for separatists, who see their jailing as unfair.

Under Spanish law, suspects can be held in custody if they represent a flight risk, if the court believes they could commit possible further crimes, or if there is a risk they could destroy evidence.

Other leaders of the secession bid, including former Catalan regional president Carles Puigdemont, fled the country and are fugitives from Spain, while the current Catalan chief, Quim Torra, has promised to continue to push for independence.

Speaking on Wednesday after the report was published, Torra called the opinion “demolishing” for Spain and called the ongoing Supreme Court trial “a farce.”

The opinion’s release comes a day after the European Court of Human Rights rejected a suit brought by Catalan separatist lawmakers claiming that Spain’s top court violated their rights when it ruled to suspend a regional parliamentary session to declare independence two years ago.

In that decision, the European court said that the decision by Spain’s Constitutional Court’s had not violated their rights since its action was “aimed at protecting the Constitutional order” and taken “in the interests of public safety (and) for the prevention of disorder.”

Junqueras, Puigdemont and a former fellow member of the regional Cabinet, Toni Comín, were recently elected to the European Parliament, although they face legal hurdles to actually take their seats. Junqueras would need to get a temporary permit to get out of jail and pick up his lawmaker credential from Spain’s Electoral Board.

Puigdemont and Comín face immediate arrest if they set foot on Spanish territory.

On Friday, both of them were banned from accessing the European chamber’s building in Brussels to pick up temporary accreditations that are being handed out to other elected lawmakers.

A spokesman at the bloc’s parliament said officials can decide not to hand out the temporary badges on an individual basis until the EU’s member states submit their respective official lists of elected deputies, clarifying the situation for those in doubt.

The spokesman, who wasn’t authorized to be named in media reports, said that the list from Spain is not expected until mid-June.q

U.K. says 50 million face masks it bought might not be...