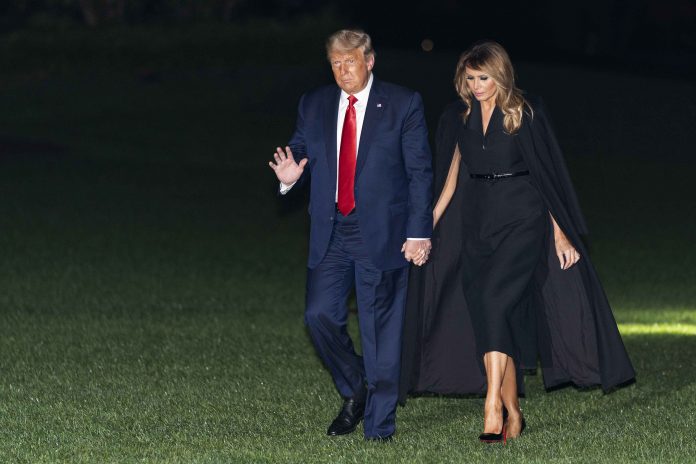 With a tweet, Jansa added his name to a list of regional leaders who have openly supported Trump during the election campaign. They include Hungarian and Serbian populist leaders Viktor Orban and Aleksandar Vucic, respectively.

“We respect the difficult, tragic personal life of Joe Biden and some of his political achievements years ago,” Jansa tweeted, referring to several major personal losses since Biden stepped into political life.

In 2015, his eldest son, Beau Biden, died of cancer. More than four decades earlier, a car crash killed his wife and daughter.

“But today, if elected, he (Biden) would be one of the weakest presidents in history. When a free world desperately needs a strong U.S. as never before. Go, win, Donald Trump,” Jansa said.

Slovenia is the birthplace of U.S. first lady Melania Trump.

Right-wing conservatives in Eastern and Central Europe, like Orban, Vucic and Jansa, have sometimes copied Trump’s style of leadership.

Trump will face Biden in a Nov. 3 election as he seeks another four-year term. Biden is currently leading in the polls.