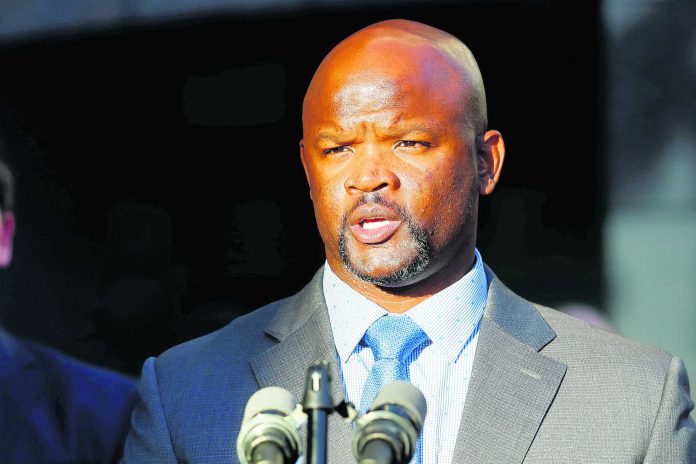 Incumbent Gregory Tony claimed victory Tuesday night in the race for the Democratic nomination for Broward County sheriff in a campaign centered on a high school massacre and a shooting decades earlier.

Tony was named sheriff in 2019 after Gov. Ron DeSantis fired his predecessor Scott Israel over his handling of the 2018 massacre at Marjory Stoneman Douglas High School that left 17 dead.

Tony issued a statement Tuesday night saying he had defeated Israel in the Democratic primary in a county where Democrats hold a 2-1 edge over the GOP in registered voters.

“The Democratic voters of Broward County have spoken and I am deeply honored that they have chosen me to lead the Broward Sheriff’s Office into a brighter, safer future! I promise BSO will become the national model for how a public safety agency can be run,” Tony said in a statement.

There was no immediate response from the Israel campaign.

The Broward County sheriff runs a 6,000-employee operation with a half-billion dollar budget, one of the largest law enforcement agencies in the southeast.

Tony’s campaign was marked by criticism that he had failed to disclose that he fatally shot an 18-year-old in 1993 when he was 14 in Philadelphia. A judge concluded Tony acted in self-defense, but Tony never revealed the shooting to his previous police employer, the governor or the investigators who vetted him for the sheriff’s job.

Israel won election twice before he was removed by DeSantis after the Parkland school shooting. Tony, 41, the county’s first Black sheriff, is a former sergeant in the suburban Coral Springs Police Department. Tony also ran a consulting company that trained officers to confront active shooters.

Broward County Mayor Dale Holness said in a statement that Tony deserved to be elected.

“Sheriff Tony came into office under circumstances that many questioned,” Holness said. “The fact is he performed the job with excellence. He has transformed that department, putting measures in place that holds officers accountable for their actions and making investments in training programs that helps the officers.”

Nikolas Cruz, 21, faces the death penalty if convicted of the Stoneman Douglas killings. His lawyers say he would plead guilty in exchange for a life prison sentence, but prosecutors have rejected that.