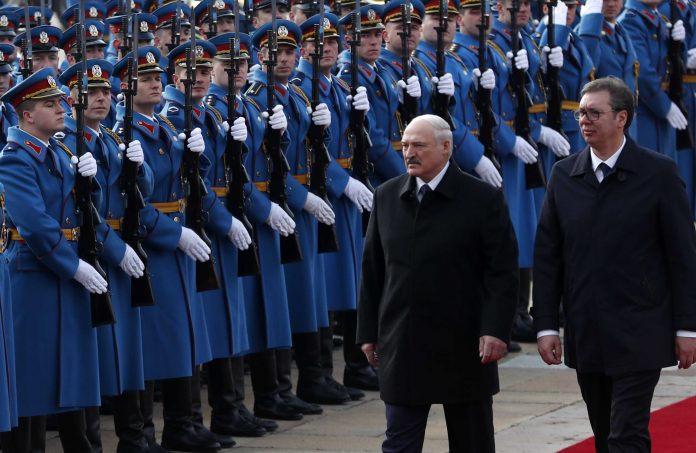 In a surprise move, Serbia has joined the European Union in its rejection of the election results in Belarus and criticism of a crackdown against those protesting against the country’s longtime autocratic leader.

Serbia’s prime minister, Ana Brnabic, said Thursday that Belgrade signed up with the EU resolution on Belarus in order to align the Balkan country’s policies with those of the bloc it formally wants to join.

Belgrade has had close relations with Belarus President Alexander Lukashenko, who last visited the Balkan country in December. He was the only world leader who visited Serbia during the 1999 NATO bombing of the country over its crackdown against ethnic Albanian separatists, which was seen as his support of Serbia’s former strongman, Slobodan Milosevic.

“I hope Lukashenko won’t hold it against us,” Brnabic said while admitting for the first time that Serbia accepted the EU stance on Belarus’ elections. “We should not forget the friendship Lukashenko has shown to our people during the difficult times.”

Last month, European Union leaders said they stand beside the people protesting for democratic rights in Belarus, rejecting election results that swept the country’s leader of 26 years back into power and warned they are preparing a long list of Belarusians who face sanctions over vote fraud and a brutal crackdown on protesters.

Serbia’s acceptance of the EU criticism of the Belarus leader was first revealed Wednesday in tweets by the EU and US ambassadors to Belgrade who hailed the move.

The U.S. ambassador to Serbia, Anthony Godfrey, also praised Belgrade’s decision. “It is great to see that Serbia stands by its European environment,” he wrote on Twitter.

Serbian populist President Aleksandar Vucic has also faced criticism from home and abroad for curtailing media freedoms, holding elections that the opposition claims are not free and fair and cracking down on anti-government demonstrators.

Although formally seeking EU membership, Serbia has been strengthening political, economic and military ties with Russia and China. It has refused to join EU sanctions against Russia for its policies over Ukraine.

Some Argentines turn to unusual pandemic pets for comfort

Lithuanian agency warns against use of Chinese-made phones

One to charge them all: EU demands single plug for phones

Trudeau hit by gravel, says it won’t stop how he campaigns