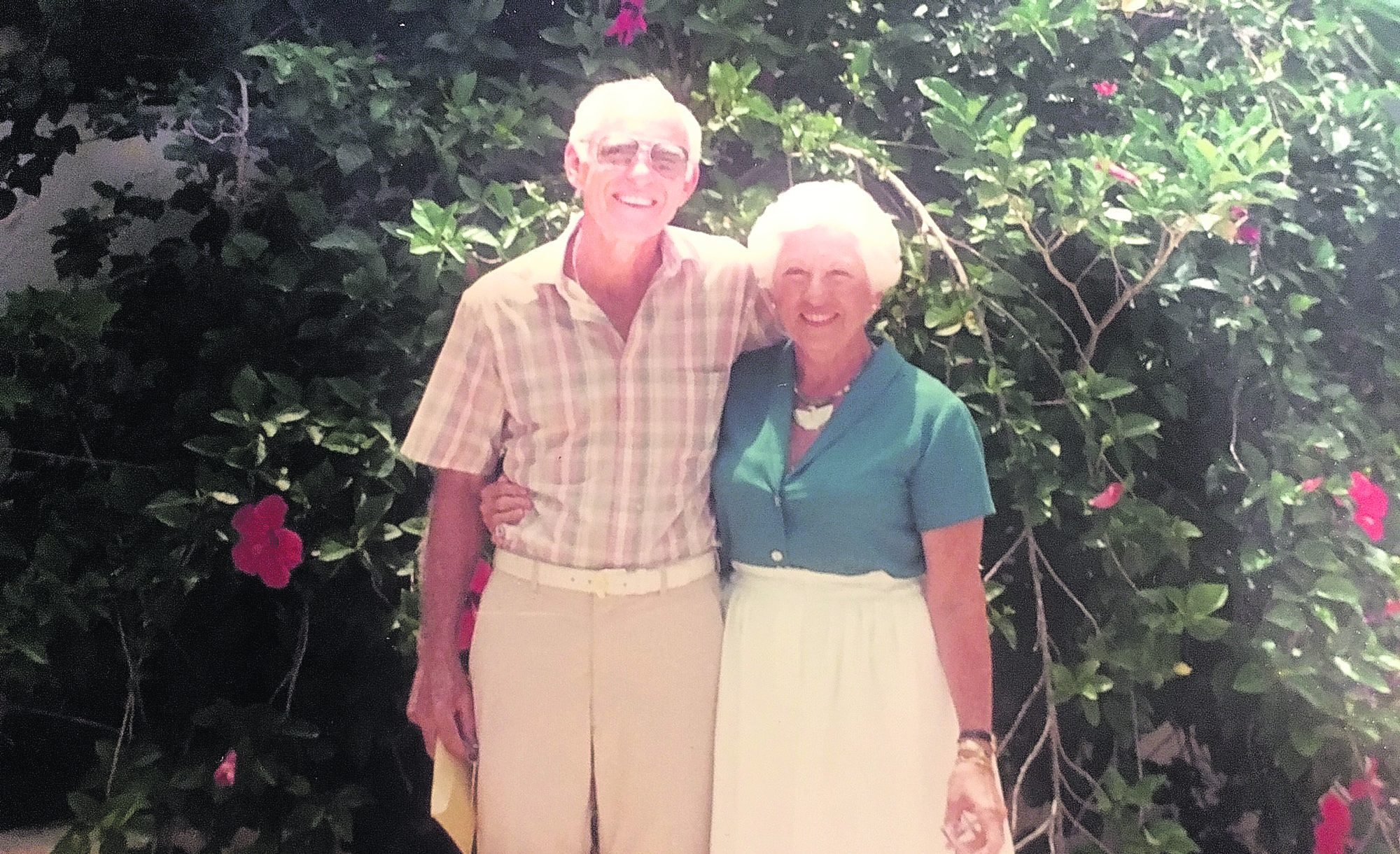 Bill was one of the first persons to receive the Aruba Goodwill Ambassador Award (in 1964), not for visiting Aruba frequently, but in recognition of his good deeds for the youth of Aruba.

Eileen Sivori was born and raised in New York City. At the age of 20 she enlisted in the Navy Women’s Air Force (WAVES) and traveled by bus to Cedar Falls, Iowa for basic training. She was determined to fly planes and trained hard for that. Eventually she became a trainer in Pensacola where she trained aspiring pilots in the simulator. One of those young cadets was Bill Hochstuhl who was captivated by his trainer’s charms. Her immediate response to his early overtures was a cold “get lost, cadet!”
The story continues that the cadet offered to buy her a steak dinner and the offer was too much to resist, especially in those days! She eventually said “yes” and they were married in 1945.

Eileen earned her pilot’s license in 1947 and never flew for the Navy WAVES, but her husband, and onetime cadet, served as a US Navy pilot in Greenland during the latter years of World War II. Eileen also lived to see her grandson Lt. Col. Matthew Getty become a U.S. Airforce pilot who served in Iraq and Afghanistan flying a Lockheed C-5 Galaxy, by far the largest Airforce plane. Although quite frail, she was also present at the recent ceremony when Matthew was promoted to full Coronel.

Besides being an accomplished seamstress, Eileen loved to cook and was an avid golfer and bridge player.

Eileen’s life was celebrated at Trinity Episcopal Church in Red Bank, N.J. on May 6th, 2019, and she was buried with military honors. Those of us who had the pleasure of knowing Eileen personally will always carry fond memories of her. Our heartfelt condolences go out to the bereaved family.q