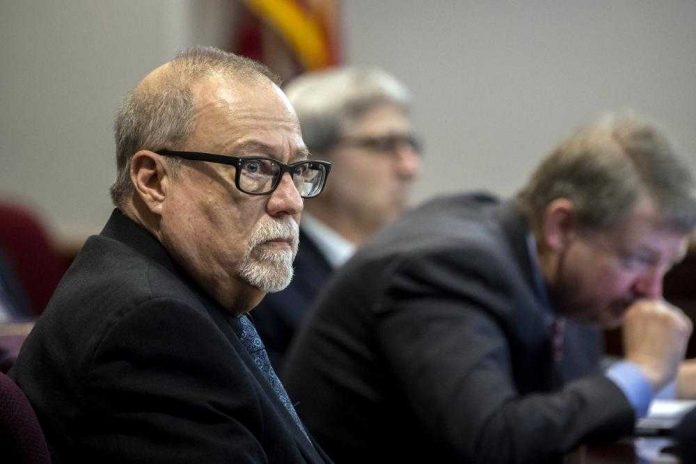 BRUNSWICK, Ga. (AP) — People questioned during jury selection about the killing of Ahmaud Arbery have said he was “racially profiled” by the white men who chased and shot him, singled out “due to his color” and targeted for being “a Black person who was thought to have been stealing things.”

The statements came in response to blunt questions about race from prosecutors and defense attorneys who are trying to seat an impartial jury for the trial over Arbery’s death in the coastal Georgia city of Brunswick. The inquiries elicited some pointed responses.

“The whole case is about racism,” one woman, identified only as potential juror No. 199, said Thursday in the courtroom. She said the three men charged with murder “hunted him down and killed him like an animal.”

Another prospective juror, No. 72, told the attorneys: “If it was a white guy running through the neighborhood, I don’t think he would have been targeted as a suspect.”

The comments could signal trouble for defense attorneys, who have often argued for the dismissal of potential jurors who see Arbery as a victim of racial prejudice. Several of them, including No. 199 and No. 72, have been deemed qualified by Superior Court Judge Timothy Walmsley to remain in the pool from which a final jury will be chosen.

“It could be devastating for the defense,” said Michael Schiavone, a Savannah criminal defense attorney who isn’t involved in the case. “I would be very skeptical that they could be fair after they told me their opinion.”

Under Georgia law, potential jurors are not automatically disqualified for showing up with preconceived opinions about a case, as long as they pledge to set those opinions aside and remain fair and impartial while hearing the trial evidence. Walmsley has repeatedly cited that standard.

Greg McMichael and his adult son, Travis McMichael, armed themselves and pursued Arbery in a pickup truck after spotting the 25-year-old man running in their neighborhood on Feb. 23, 2020. A neighbor, William “Roddie” Bryan, joined the chase and recorded cellphone video of Travis McMichael shooting Arbery three times with a shotgun.

Defense attorneys say the McMichaels and Bryan had reason to suspect Arbery was committing crimes in the neighborhood after he was recorded by security cameras inside a home under construction. They say Travis McMichael fired his shotgun in self-defense when Arbery attacked him with his fists.

No one was arrested or charged in the killing for more than two months, until the video leaked online and the Georgia Bureau of Investigation took over the case from local police.

“If I’m honest, if it was completely reversed, and if the three men were Black and the victim were white, they would be arrested immediately,” another potential juror, No. 571, told attorneys during questioning Wednesday. The judge also found her qualified to remain in the jury pool.

If defense attorneys conclude that the jury pool is shaping up to be biased against them, they could ask the judge to halt jury selection and move the trial. Otherwise, before a final jury is seated, lawyers on both sides will have a limited number of strikes that let them cut potential jurors they may feel are unfavorable.

If any of the defendants are convicted, it’s possible that the judge’s reluctance to dismiss jurors who expressed strong opinions could be used as grounds for an appeal, said Jeffrey Abramson, a law professor at the University of Texas and author of the 1994 book “We, the Jury.”

“It could come back to bite you,” said Abramson, though he added that the judge was “doing the best job he can so far in a tremendously difficult and delicate situation.”

A federal appeals court last year threw out the death sentence of Dzhokhar Tsarnaev in the Boston Marathon bombing after concluding that the trial judge failed to adequately screen jurors for potential biases. That decision is now before the U.S. Supreme Court, which has yet to rule.

The men on trial for Arbery’s death in Glynn County Superior Court are charged with murder, aggravated assault, false imprisonment and attempted false imprisonment — crimes that do not require any evidence of racist motivation. In a separate case scheduled for trial next year, they face federal hate crime charges in U.S. District Court.

Still, many see the state murder case as part of a national reckoning on how the criminal justice system treats Black victims, much like the April conviction of former Minneapolis police officer Derek Chauvin in the killing of George Floyd.

One potential juror, No. 475, told attorneys it “seemed like when it rains it pours over the last year,” referring to the national outcry over racial injustice. He said he felt the deaths of Black people such as Arbery and Floyd had “all been lumped together.”

“I think it’s made our town look negative, for sure,” said the man, who blamed the defendants for singling out “a Black guy in a white neighborhood.”

The court has not provided the race of individual jury pool members, and they have not been asked about their backgrounds in open court. Few potential jurors have stated their race while being questioned.

Those the judge has found qualified to serve on the jury all said they could keep an open mind if they are among the 12 jurors and four alternates seated on the panel. Others have been dismissed after the judge concluded that they held fixed opinions about the case.

One woman struck from jury service, No. 164, told attorneys the way Arbery was chased and shot was “almost like a lynching.”

Another who was dismissed, No. 485, said: “The one thing they were sure of was that he was Black, and he was running.”