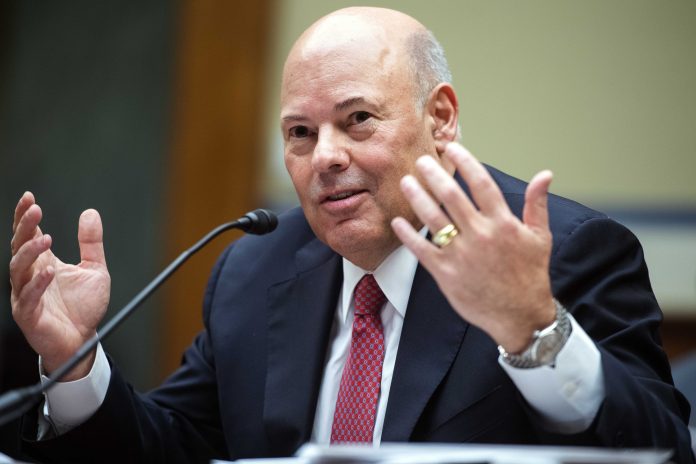 Postmaster General Louis DeJoy is facing increased scrutiny as House Democrats investigate allegations that he encouraged employees at his former business to contribute to Republican candidates and then reimbursed them in the guise of bonuses, a violation of campaign finance laws.

Five people who worked for DeJoy’s former company, New Breed Logistics, say they were urged by DeJoy’s aides or by DeJoy himself to write checks and attend fundraisers at his mansion in Greensboro, North Carolina, The Washington Post reported. Two former employees told the newspaper that DeJoy would later give bigger bonuses to reimburse for the contributions.

DeJoy was already under fire amid allegations that operational changes he made since taking the postal job in June have delayed mail, sparking concern over the agency’s ability to process a flood of mail-in ballots expected this fall due to coronavirus fears. The House Oversight Committee recently subpoenaed DeJoy for records about widespread delays that have pushed the Postal Service into the political spotlight.

Rep. Carolyn Maloney, who chairs the oversight panel, said in a statement Tuesday that if the allegations about campaign finance violations are true, “DeJoy could face criminal exposure — not only for his actions in North Carolina, but also for lying to our Committee under oath.”

She was referring to DeJoy’s testimony before her committee last month, when he forcefully denied he had repaid executives for contributing to Trump’s campaign.

GOP Sen. Thom Tillis of North Carolina, who is facing a tough reelection race this year, was a top recipient, collecting more than $190,000 from over 35 company workers ahead of his 2014 election, records show. The contributions were all made during a short window of time, between the end of September and the first week of October.

It’s not illegal to encourage employees to contribute to candidates, but it is illegal to reimburse them as a way of avoiding federal campaign contribution limits.

Maloney, a New York Democrat, urged the Postal Service Board of Governors to immediately suspend DeJoy, whom she said “they never should have selected in the first place.”

Rep. Jim Cooper, D-Tenn., who asked DeJoy about employee contributions at an Aug. 24 hearing, said reimbursing workers for making political contributions “softens the coercion, but it’s still coercion. No oligarch or CEO should tell you how to vote or who you should give money to.”

Cooper said Tuesday that he asked DeJoy about employee contributions after receiving a tip from someone in North Carolina, where DeJoy’s former company is based. “The tip fell on fertile ground,” he said, adding that lawmakers will likely issue subpoenas for top executives at the company and examine payroll records to determine if bonuses were paid, as the employees claim.

Cooper, a lawyer, said CEOs of many private companies are “tempted to use the company as a piggy bank,” but said forcing employees to make political contributions crosses a clear legal line. “It’s wrong. It should not be happening in America,” he said.

Monty Hagler, a private spokesperson for DeJoy, said in a statement that DeJoy was unaware any workers felt pressure to make donations. Hagler also said DeJoy believes he has always complied with campaign fundraising laws and regulations.

President Donald Trump said Monday that DeJoy, a major donor to Trump and other Republicans, should lose his job if campaign finance irregularities are uncovered. “If something could be proven that he did something wrong,” an official such as DeJoy should “always” lose his job, Trump told reporters.

But White House chief of staff Mark Meadows dismissed the allegations as political.

“Never underestimate Congress’ ability to ratchet up an investigation 60 days out from a presidential election,” he said Tuesday at the White House.

Meadows called DeJoy “an honorable man” and said he’s sure DeJoy will cooperate with investigators. “We serve in a great country where you’re innocent until proven guilty, especially when that guilt is thrown your way by members of Congress,” said Meadows, who represented North Carolina in Congress for seven years before becoming chief of staff in March.

North Carolina Attorney General Josh Stein said Tuesday that it is illegal to “directly or indirectly reimburse someone for a political contribution. Any credible allegations of such actions merit investigation by the appropriate state and federal authorities,” including the Federal Election Commission and the state Board of Elections.

Omicron surge is undermining care for other health problems

Aiming to make CDC nimble, agency director has rankled many