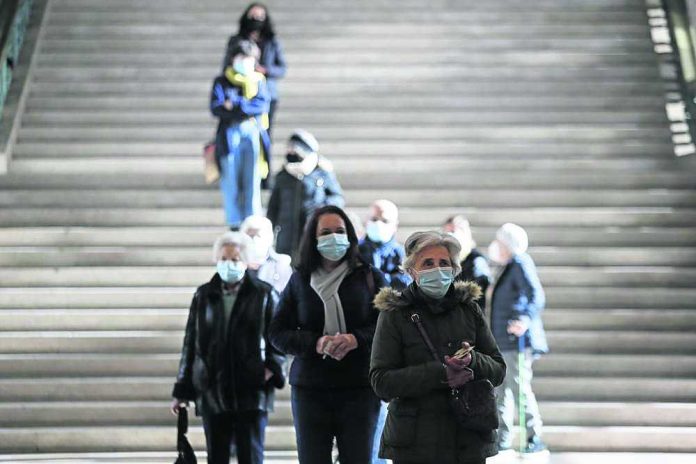 (AP) — The official two-week campaigning period for Portugal’s Jan. 30 general election kicked off Sunday, but there will be none of the large flag-waving rallies usually associated with the buildup to the ballot because of the coronavirus pandemic.

The state budget is particularly important now because it sets out how billions of euros in European Union aid to recover from the pandemic will be spent.

The ballot will elect 230 lawmakers to the Republican Assembly, Portugal’s parliament. Lawmakers will then vote on who forms a government.

The center-left Socialist Party has governed Portugal since 2015 under Prime Minister António Costa, and recent opinion polls unanimously indicate the Socialists will collect the most votes.

But the Socialists could again fall short of an overall majority, forcing it once again to seek support from its left-of-center allies, the Left Bloc and the Portuguese Communist Party, to pass legislation in parliament.

The parliamentary votes of those two parties helped keep the Socialists in government, consigning the center-right Social Democratic Party —the country’s other major party — to opposition.

The election could see a rise in the influence of smaller parties, including the populist Chega! (Enough!), which earned one seat in parliament in 2019 but could far exceed that this time.

Around 89% of Portugal’s population of 10.3 million people is fully vaccinated against COVID-19, and more than 3.5 million people have received booster shots, but new daily cases have set records of around 40,000 in recent weeks. The health ministry reported 38,136 new infections on Saturday.

Even so, hospitalizations have remained much lower than in previous surges, and Portugal has been recording on average around 20 deaths a day in recent weeks.

May 17, 2022
The watapana is a tree that often appears adorning the entrance of a typical Aruban houses.